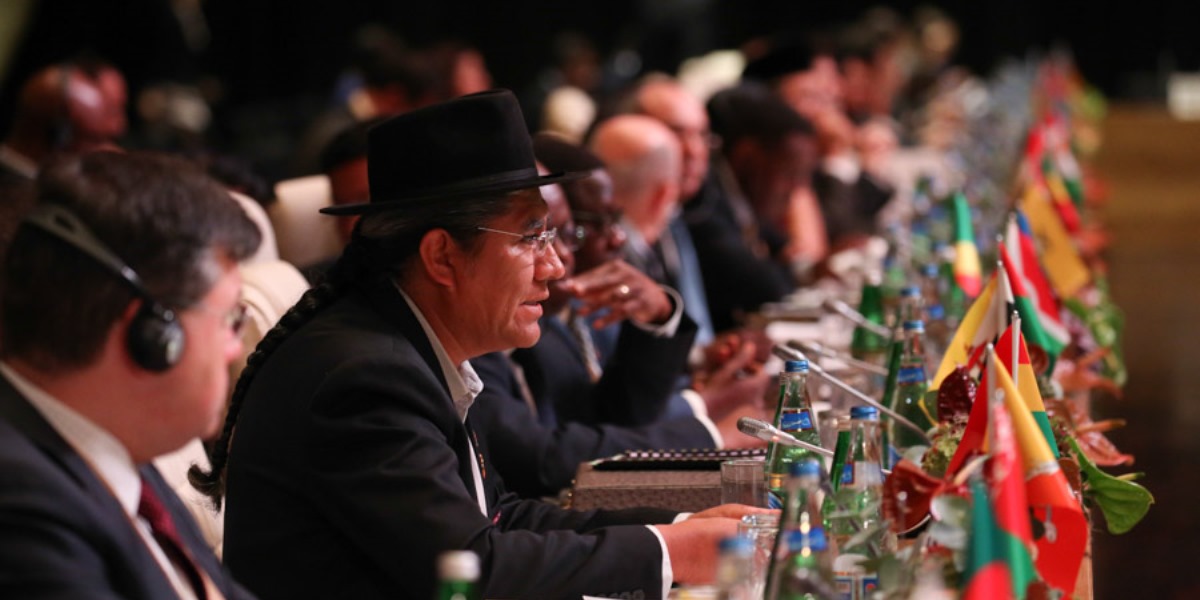 Bolivia: defense of multilateralism must be a pillar of the NAM

The defense of multilateralism must become a fundamental pillar of the Non-Aligned Movement (NAM), said the chancellor of the Plurinational State of Bolivia, Diego Pary Rodríguez.

From the Baku Convention Center, located in Azerbaijan, he pointed out that the multilateral system is under attack, that is why its custody, rather than an option, is a necessity for the nations of the world.

He indicated that it is essential to deepen the unity between the Member States to face future challenges, as well as to make a difference in the protection of peace and the promotion of the interests of developing countries.

“Without global governance, we cannot face a global crisis like the one affecting humanity”, he said during his speech at the XVIII Summit of Heads of State and Government of the NAM.

In this sense, Pary Rodríguez said that one of the most pressing challenges is the unilateral coercive measures imposed by hegemonic countries on sovereign nations, an action that violates the principles of international law.

Referring to the destabilizing plans faced by Cuba and Venezuela, he emphasized that the NAM must act proactively to denounce restrictive maneuvers that affect the human rights of the population.

“We reject threats of intervention and reiterate a message of peace between peoples”, he stressed.

Pary Rodríguez proposed the adoption of a special declaration in recognition of the legitimacy of the presidential elections of Bolivia, held on October 20 and in which Evo Morales totaled 47.08% of the votes.

“This victory allows Evo Morales to assume the presidency for a period of five years. The Bolivian people have triumphed, it has been a historic election that gives Evo Morales a clear and forceful victory”, he added.

In reading the document, which will be consigned to the NAM secretariat for analysis, he explained that the Heads of State and Government recognize the democratic spirit of presidential elections and advocate respect for the sovereign will of the peoples.