With the presence of the member states of the Non-Aligned Movement (NAM), the opening ceremony of the XVIII Summit of Heads of State and Government at the Baku Convention Center, capital of the Republic of Azerbaijan, whose government will receive the Pro Tempore Presidency of the agency. The multilateral event, which will run until this Saturday, begins with the words of the president of the Bolivarian Republic of Venezuela, Nicolás Maduro Moros, who has held the pro tempore presidency of the multilateral organization since 2016. The Venezuelan Dignitary presents a report on the management of Venezuela at the head of the international forum, aimed primarily at strengthening cohesion between member states based on solidarity, understanding and mutual respect. After the speech of President Maduro, his counterpart from Azerbaijan, Ilham Aliyev, is expected to deliver an inaugural speech as pro tempore president of the NAM.

Heads of State and Government will participate in a general debate on the defense of the Bandung Principles, in order to establish a joint position to face the challenges of fundamental rights, sovereignty and territorial integrity. The conclave will also address issues related to non-interference, respect for justice and international obligations. The XVIII Summit of the NAM pays tribute to the leaders who died after the Ministerial Meeting, held last July in Caracas. 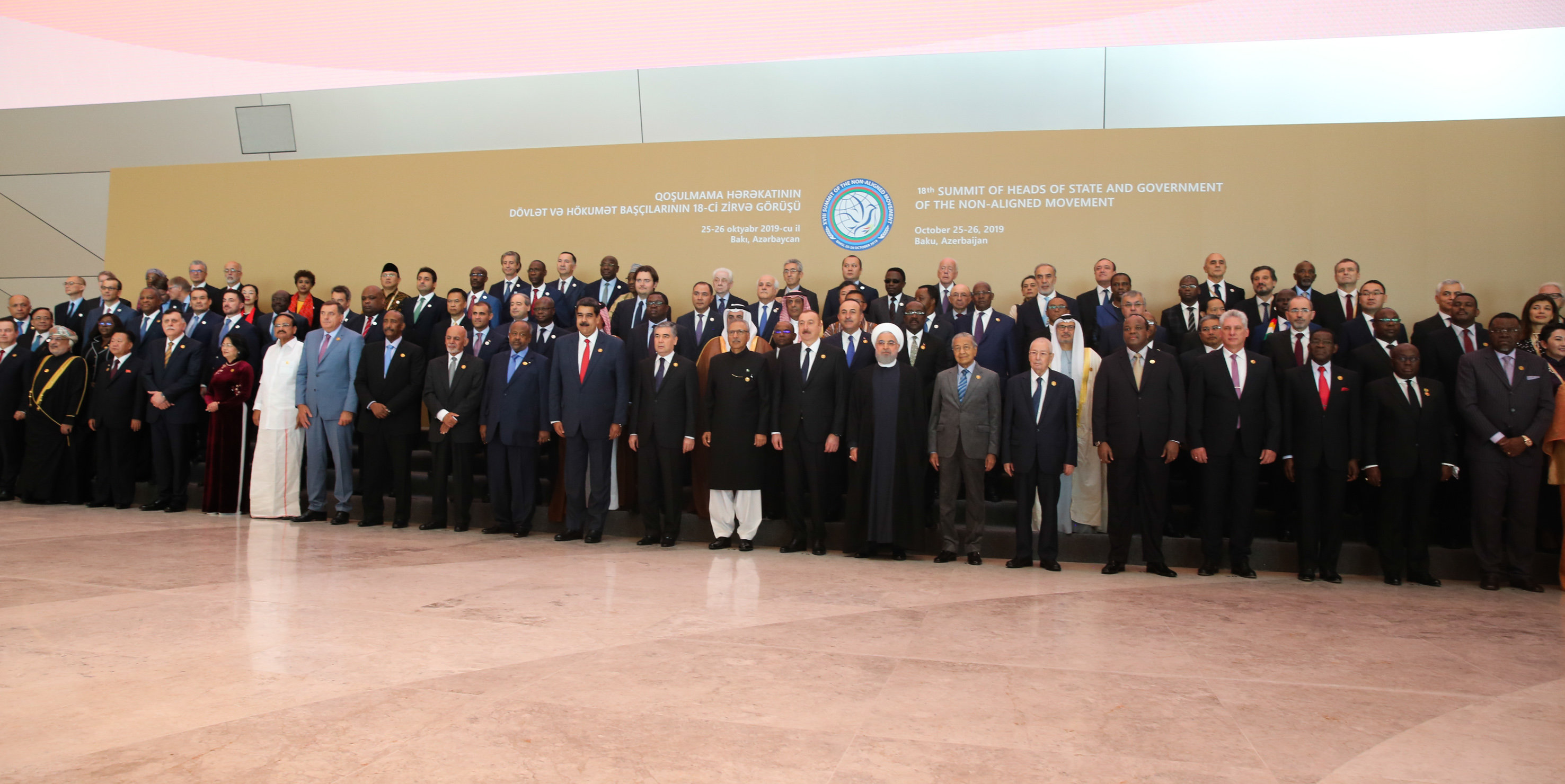