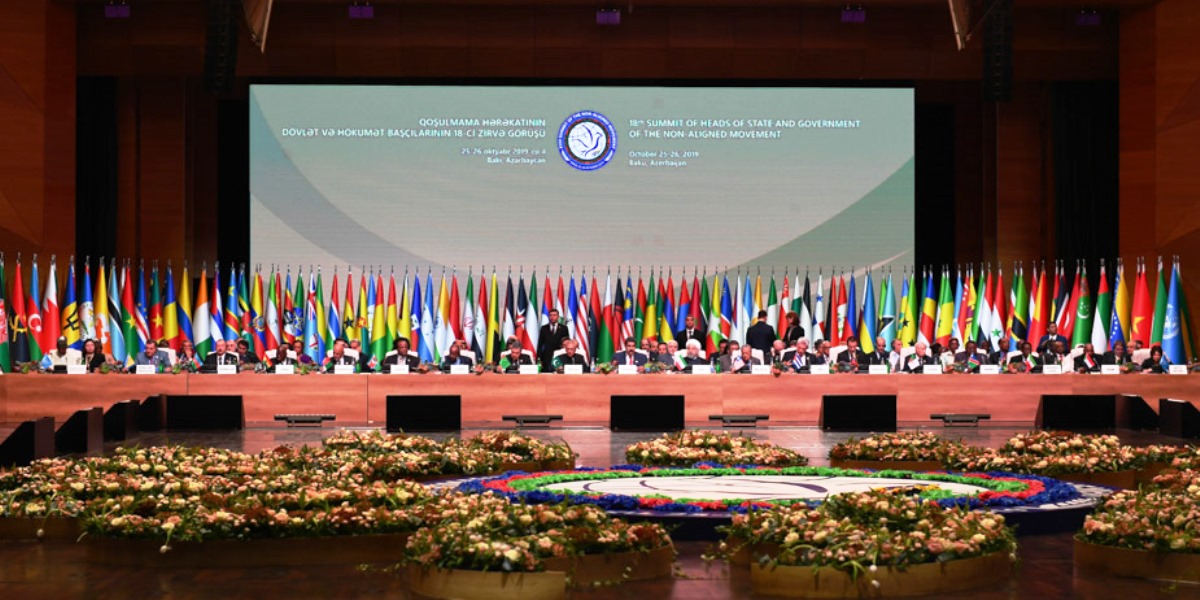 The President of the Republic, Nicolás Maduro, ratified the importance of deepening actions aimed at consolidating a culture of peace among peoples.

During his speech at the XVIII Summit of Heads of State and Government of the Non-Aligned Movement (NAM), which is held in the Republic of Azerbaijan, the Venezuelan president said that the mechanism must be accompanied by the promotion of political understanding and dialogue between states, protected by the postulates of international law.

The Dignitary reiterated Venezuela’s commitment to the Bandung Principles, which advocate respect for fundamental rights, sovereignty and territorial integrity and for refraining from interventions in the internal affairs of nations.

“We renew Venezuela’s commitment to the purposes of our movement, attached to the Bolivarian Diplomacy of Peace”, he emphasized to representatives of the 120 member countries of the multilateral agency.

In the speech, which marked the transfer of the pro tempore presidency of the NAM to his Azerbaijani counterpart, Ilham Aliyev, advocated the unity and validity of the international forum at the current juncture.

“Let us stay together, with coherence and powerful voice, this historic movement of peoples and nations. Let’s keep being light for humanity”, he stressed.