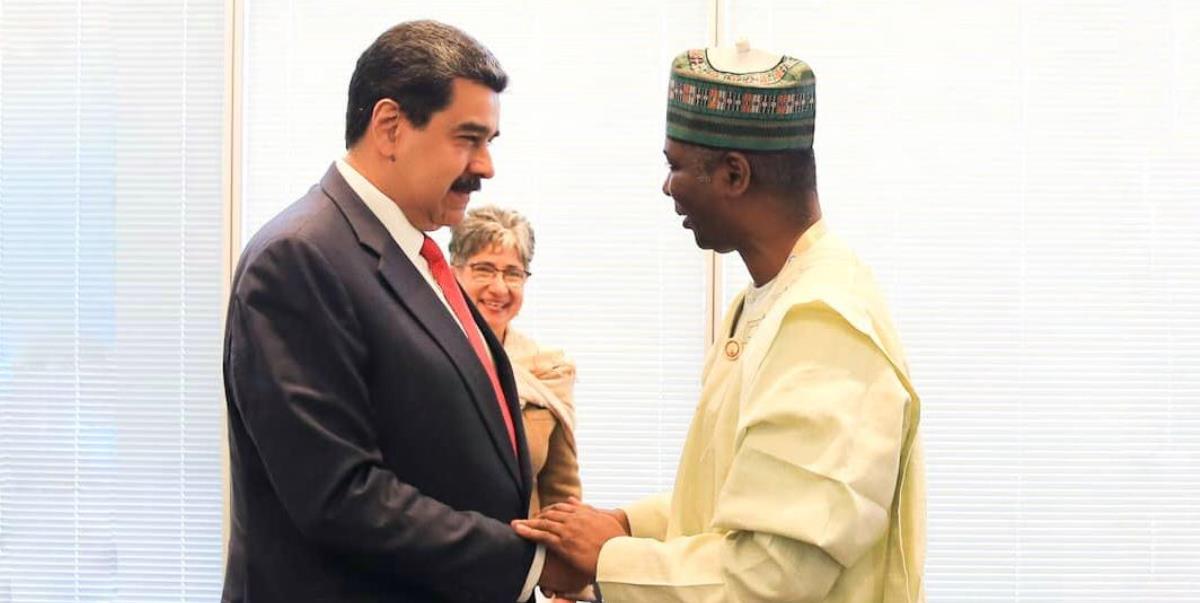 The President of the Republic, Nicolás Maduro, held a meeting with the leader of the 74th session of the United Nations General Assembly (UN), Tijjani Muhammad-Bande.

At the meeting, which took place at the Baku Convention Center, located in Azerbaijan, they addressed issues related to unilateral coercive measures imposed by foreign powers against sovereign nations, as well as the current events of the multipolar world.

The high-level meeting was held on the occasion of the XVIII Summit of Heads of State and Government of the Non-Aligned Movement (NAM), which will run until this Saturday in the Eurasian nation.

Tijjani Muhammad-Bande, of Nigerian origin, was elected President of the 74th UN General Assembly last June. Previously, he served as Vice-president and permanent representative of his country before the multilateral agency.

The political scientist, administrator and diplomat also served as general director of the National Institute of Political and Strategic Studies of Nigeria between 2010 and 2016.