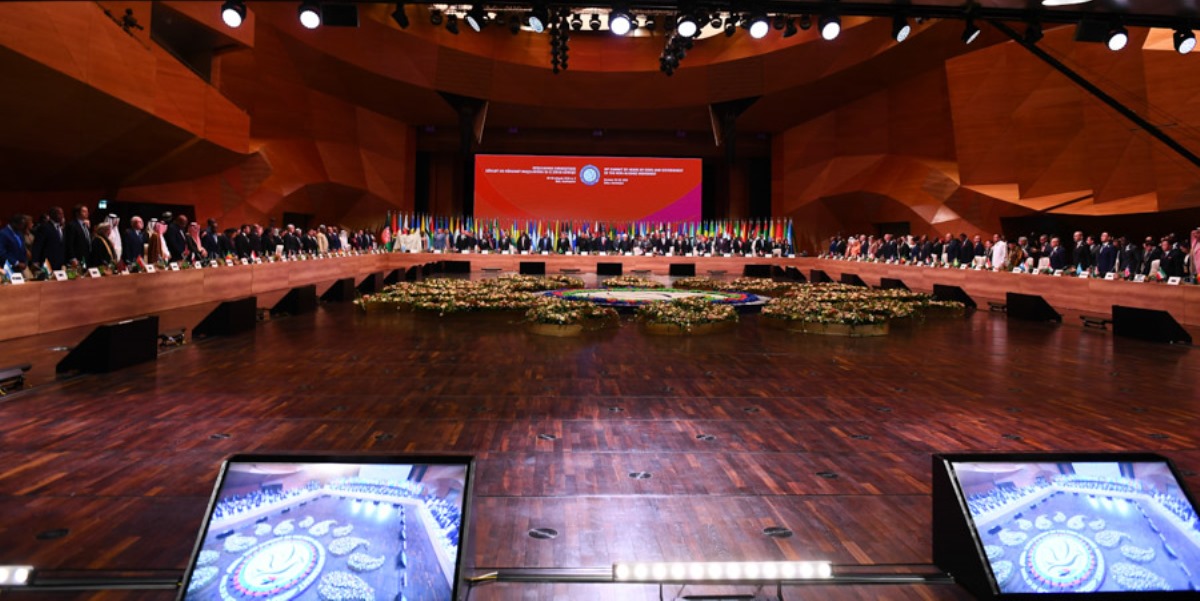 President Maduro: UN Charter is the guide to strengthen the union of peoples

The Charter of the United Nations (UN) and the principles of Bandung guide the consolidation of the union of peoples, as well as the challenges for a new world, said the President of the Republic, Nicolás Maduro.

During the XVIII Summit of Heads of State and Government of the Non-Aligned Movement (NAM), held in Azerbaijan, he said that respect for international law is key to guarantee effective and concerted actions to situations that threaten the welfare of member states.

He stressed that under the protection of multilateralism it is possible to face the aggressions of legal and economic war against sovereign nations, as well as provide concrete responses to phenomena such as climate change, the proliferation of racism, crimes of terrorism and military financing.

On the other hand, the dignitary thanked the support of the member states for the candidacy of Venezuela to the UN Human Rights Council, after capitalizing 105 votes in favor in the election of October 14.

“Thank you all for this victory of the truth of Venezuela against so much infamy and such a lie. It was a historic triumph amid serious aggressions and imperial blackmail against governments of the world”, he stressed during his speech at the Baku Convention Center.

He ratified Venezuela’s commitment to the defense of the peoples, while guaranteeing the responsible exercise of the task entrusted to the multilateral organization.

“Our struggle is the struggle of millions, our rebellion against the powerful, the old colonial powers and empires is the rebellion of the peoples of humanity who refuse to submit to the designs of hegemony”, he emphasized.