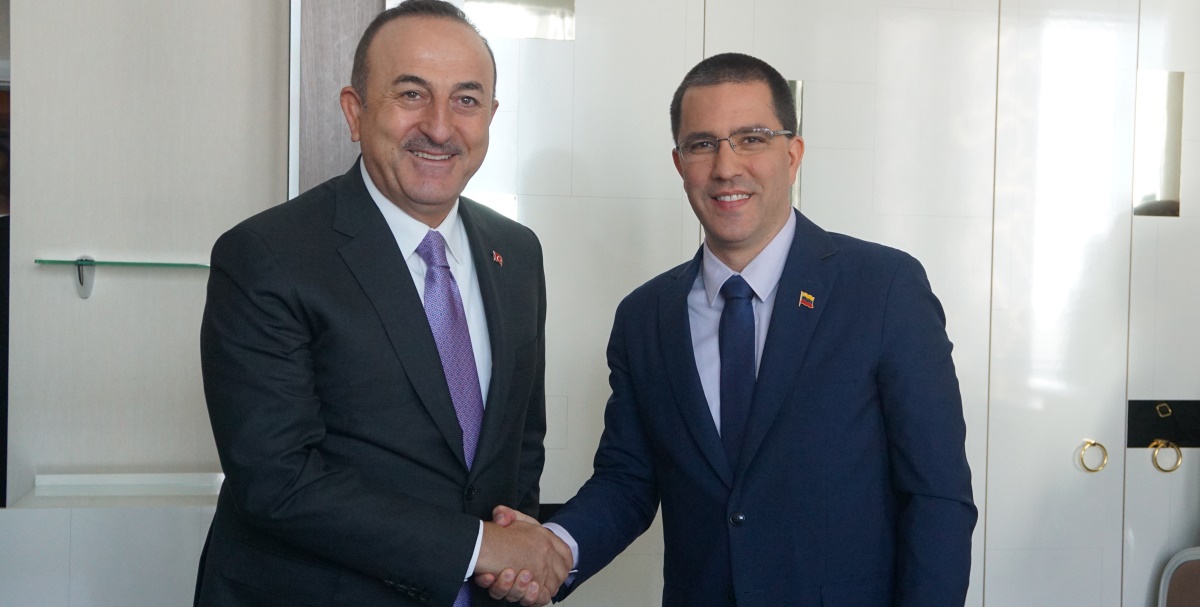 Strengthening the ties of multilateral and bilateral cooperation between the Bolivarian Republic of Venezuela and the Republic of Turkey, was the basis of the work agenda discussed by the People’s Power Minister for Foreign Relations, Jorge Arreaza, and his homologous Mevlüt Çavuşoğlu, during a meeting in the framework of the XXVIII Preparatory Meeting of Ministers of Foreign Affairs for the Summit of Heads of State and Government of the Non-Aligned Movement (NAM).

The high-level meeting was conducive for the parties to exchange views and give renewed momentum to bilateral and multilateral cooperation, under the principles of respect for sovereignty and territorial integrity as established by the Charter of the United Nations.

The links between the Bolivarian Government and the Eurasian country, subscribed since 1999 with the arrival of the commander and leader of the Bolivarian Revolution, Hugo Chávez, to the presidency of the Republic, and which are part of the multicenter and pluripolar policy that advocates the development of peoples, based on mutual respect for sovereignty and non-foreign intervention.

Let’s recall that the Turkish president, Recep Tayyip Erdogan, visited Venezuela at the end of 2018, in order to strengthen ties of cooperation with the National Executive, being the first president of that nation to visit Venezuelan soil.

Caracas and Ankara have expanded and deepened in recent years the joint cooperation agenda with a series of agreements in different areas that were ratified during the visit of the head of state, Nicolás Maduro, last year to Turkish territory, consolidating the Bolivarian Diplomacy of Peace.