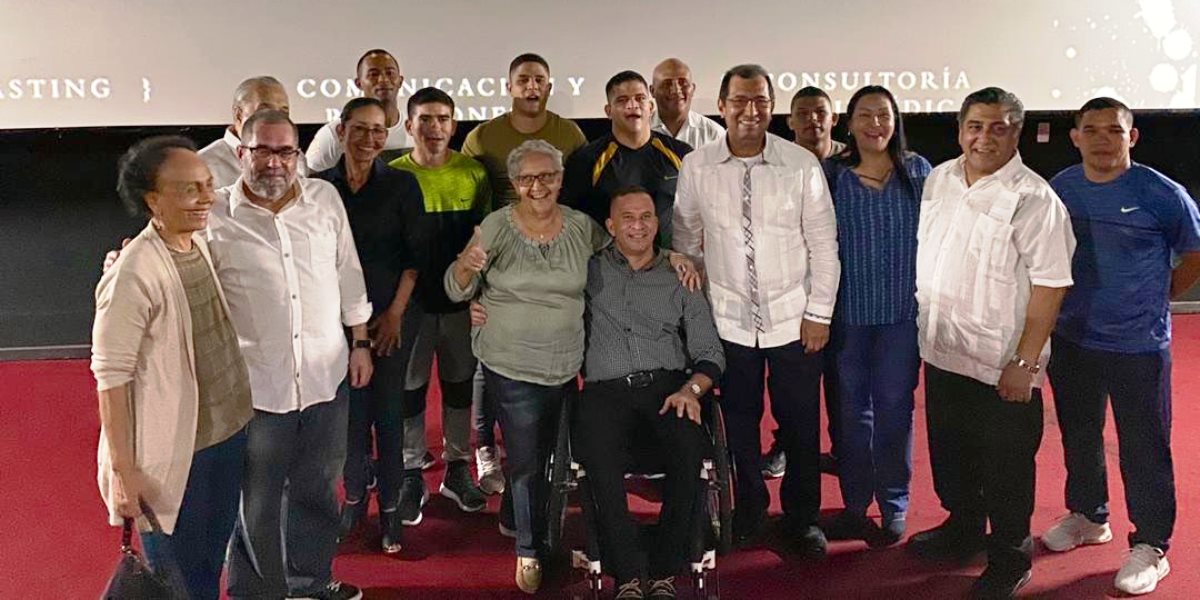 “The cultural revolution has to do with the rescue of the historical memory of the Venezuelan people, necessary to keep traveling the path of our socialist construction. The Bolivarian Revolution will reach the point of no return from the hand of culture”, said the ambassador of the Bolivarian Republic of Venezuela in the Republic of Cuba, Adam Chávez Frías, during the inauguration of the Venezuelan Film Week in Cuba, held Thursday night in Room 1 of the central Multicine Infanta in Havana.

The activity, organized jointly with the Cuban Institute of Cinematographic Art and Industry (Icaic), was attended by its president, Ramón Samada Suárez, as well as the outstanding film director Luis Alberto Lamata, whose film “Bolívar, the man of difficulties” Began the national film show that will be held in Havana until October 27.

For his part, the filmmaker Luis Alberto Lamata thanked the invitation made from the Venezuelan Diplomatic Mission in Cuba, recognizing the “sincere, unrestricted, absolute support” that has been given to Venezuelan cinema in the last 20 years.

“We are here in the Habana presenting nine Venezuelan films that somehow portray part of our film production, with an emphasis on historical cinema”, he said.

During the inauguration of the Venezuelan film show, the dancer Alicia Alonso, founder and director of the National Ballet of Cuba, who died on Thursday morning in the Habana, at the age of 98, was honored.

By applauding her, those present paid tribute to who is considered a cultural heritage of the Caribbean country, not only for her technical perfection as a dancer, but for her example of self-improvement, after continuing to dance until an advanced age despite the progressive loss of her vision, and for having created a ballet school that is the pride of Cuban identity.