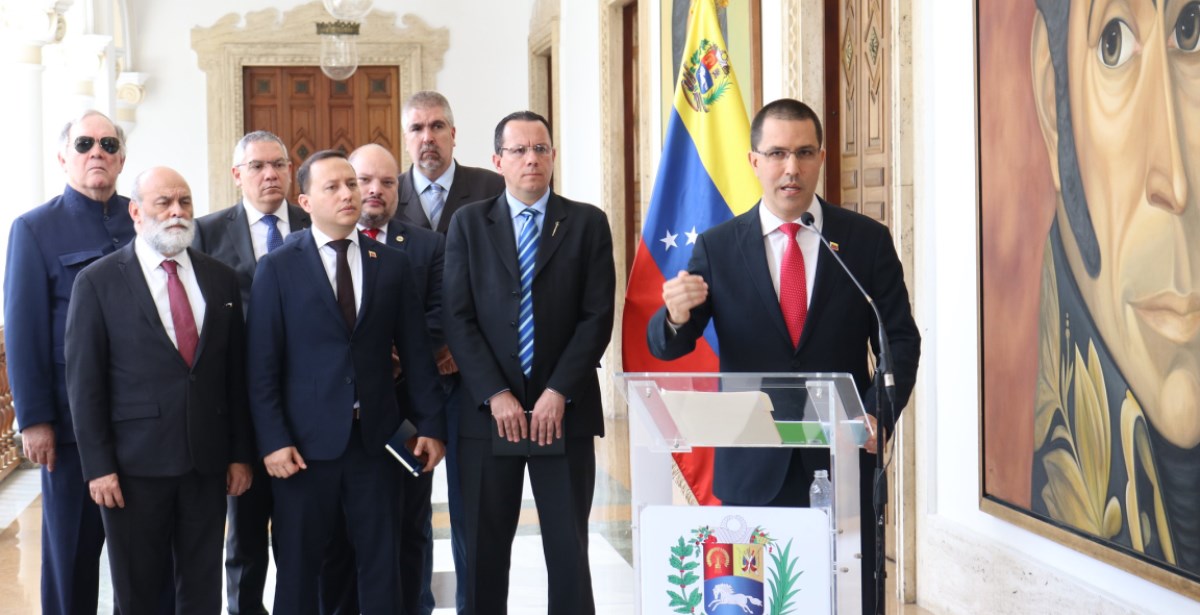 “More than Bolivarian breezes, today at the United Nations General Assembly, winds from the Bolivarian Peace Diplomacy were felt”, said Jorge Arreaza, People’s Power Minister for Foreign Relations, in statements to the media after meeting on Thursday the election of Venezuela to occupy for three years one of the 47 positions of the Human Rights Council of the United Nations Organization (UN), in a secret vote of the 193 member states of the General Assembly held in New York, United States.

Precisely, in reference to the US government, the Venezuelan Foreign Minister described this victory as “historic”, because of the fierce and brutal campaign that he opposed to the national candidacy, along with satellite governments, subordinates, and some Non-Governmental Organizations aligned to the Donald Trump’s criminal policy.

In this regard, Minister Arreaza sent a message to the countries gathered in the self-appointed Lima Group, “group cartelized against Venezuela” that, under instructions of the US State Department, applied to Costa Rica on October 3: “Diplomacy when It is trustworthy, honest, democratic, it is not done against, to prevent, or to attack another sovereign country and deny its right. Multilateral diplomacy is done with proposals, it is done to contribute, to build collectively, because precisely that is the multilateralism; collective decision making”.

He regretted that Costa Rican diplomacy has incurred in that historical error and that President Carlos Alvarado himself has recognized, when he announced the candidacy, that it was seeking to prevent Venezuela from entering the UN Human Rights Council, and “did not say: Costa Rica has a proposal to protect the most vulnerable in the world, to prevent human rights from being violated”.

“Those are the results when diplomacy is done with low intentions and with a parallel agenda”, said the Foreign Minister, in relation to Costa Rica which only received 96 votes against 153 in Brazil and 105 in Venezuela, who managed to get both squares in the region of Latin America and the Caribbean.

On Thursday, October 17, the UN Human Rights Council renewed 14 of its 47 full members for the period 2020-2022. This instance meets in Geneva, Switzerland.