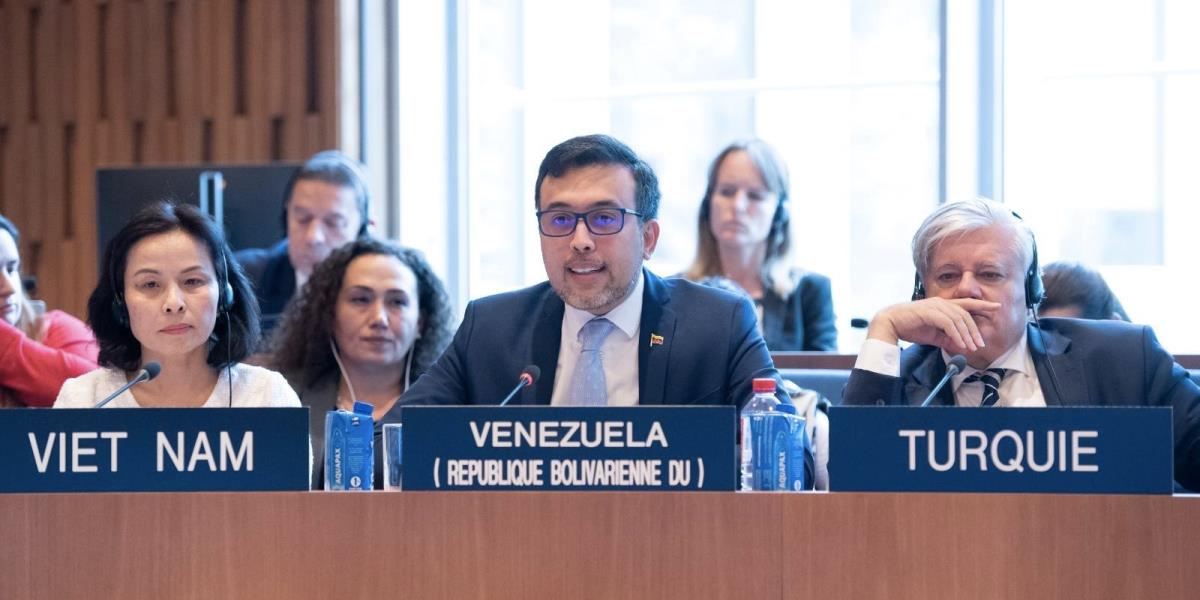 From October 9 to 23, it is celebrated at the United Nations Educational, Scientific and Cultural Organization (UNESCO), in Paris, France; the 207th session of its Executive Council, one of the two governing bodies of the Organization.

For two weeks, 58 member states, including Venezuela, will discuss a wide range of issues framed in the 2030 Agenda for Sustainable Development.

During the General Policy Debate on October 14 and 15, the Bolivarian Republic of Venezuela was represented by its permanent ambassador-delegate, Hector Constant Rosales, who in the national speech denounced the impact caused by unilateral and illegal coercive measures, as well as the financial blockade against the Venezuelan country and people, applied by the United States government.

In this regard, he said that these interventionist measures increasingly affect Venezuelans, who see how the services that many believed universally acquired are severed. As an example, he said that less than a month ago, US companies blocked the computer services of the National Experimental University “Simón Rodríguez” (Unesr), affecting 120,000 students, which represents an obstacle to the deepening of the scope of the Sustainable Development Goals by the South American nation.

Ambassador Constant denounced that “in the case of Venezuela, some intend to sell us a speech and a socio-political model that we should replicate automatically, with the subsequent implications for education and culture. As a curious historical paradox, those who wish to impose such a disgrace on us are the same ones that invade and plunder, destroying entire schools and cultures with the contempt of those who only know how to spread ignorance.

Despite the continuous attacks on the economic and social rights of Venezuelans, “both the Bolivarian Government and its people maintain an outstanding will to continue moving forward with optimism. In 2018 alone the enrollment of basic education increased 7% and university education 5% and we continue to secure more than 250,000 scholarships per month. Today Venezuela has 10,500,000 students from initial education to the university subsystem, which represents one third of our entire population. The more they attack our national essence, the more we will know how to resist”, said the Ambassador.

On the other hand, this Tuesday, October 15, the Ambassador offered the speech in his capacity of the Pro Tempore Presidency of the Non-Aligned Movement (NAM), Unesco chapter, in which he reaffirmed the Movement’s commitment to multilateralism and to the United Nations and urged to preserve International Law on the basis of respect for the principle of non-interference in internal affairs, international cooperation and solidarity, attached to the territorial integrity of States and the self-determination of peoples.

Finally, the Movement assured that union through respect for the principles of international law and multilateralism is essential to address issues that concern all member states. Similarly, he said that now more than ever it is essential to remember that peaceful methods should be preferred to resolve existing disputes and differences and not coercive measures, due to the consequences and negative impacts that they entail for peoples.