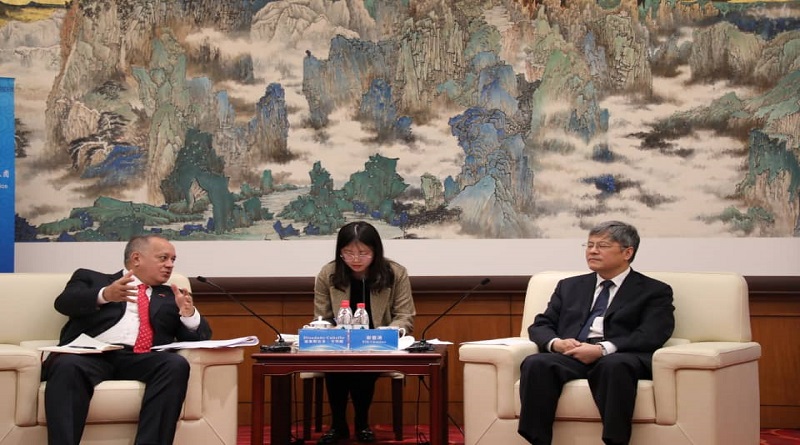 Venezuela and China will establish agreement on military technology transfer

Venezuela will strengthen a military technology transfer agreement with China, with the purpose of ensuring the maintenance of equipment belonging to the Bolivarian National Armed Forces (FANB), said the president of the National Constituent Assembly (ANC) Diosdado Cabello, during an official visit to the Asian country.

Cabello, said that this cooperation will ensure the defense of our territory, given the claim of armed intervention by foreign powers.

“Those who attack us and those who believe that it would be very easy to enter Venezuela and sweep with our people, will have a big surprise because one of the reasons for our visit to China is to find that these agreements seal the possibility of improving our weapons”, he said in the program See you in the radio, broadcast on National Radio of Venezuela.

In other statements, Cabello indicated that another of the objectives of his visit to China, which has been coordinated by the President Nicolas Maduro, within the framework of the Bolivarian Peace Diplomacy, is to strengthen ties with the Asian nation for the formation of political cadres.

In this regard, he referred to meetings held with authorities of the School of the Central Committee of the Communist Party of China and the Academy of Governance for the evaluation of a cooperation agreement for the training of young Venezuelans.

He also highlighted the progress of the Chinese revolution “that continues with its plan of attention to the people and that they were able to get 800 million people out of poverty”.

This visit, he said, seeks to “strengthen ties and contribute to the fact that in Venezuela we can have an alternative model to the capitalist one”.

He also announced on the social network Twitter that on Monday, several delegations arrived in China “to discuss oil, military relations”

Likewise, the opening of companies in our country was proposed to the Asian nation, taking advantage of the proximity to the Caribbean Sea and Central America.