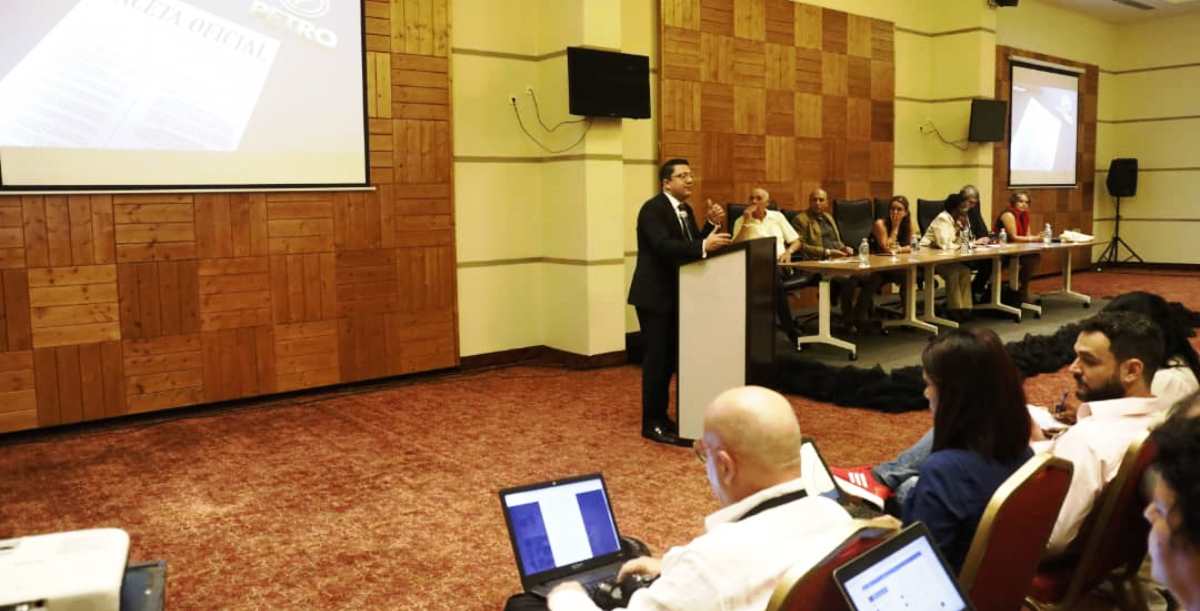 The superintendent of Sunacrip, Joselit Ramírez, presented the benefits and achievements in economic matters by the Venezuelan State with the use of the Petro cryptocurrency, during the International CyberSociety Congress 2019 held in Varadero, Cuba.

This is the most important technological event on the Caribbean island and is celebrated from October 14 to 18.

The Minister of Communications, Jorge Luis Perdomo Di-Lella, inaugurated the second edition of the Congress, a space for digital transformation that aims to strengthen the digital ecosystem of Cuba, as well as encourage the creation of technological alternatives from innovation.

This event brings together in its second edition around 300 presentations and 600 participants from Venezuela, Spain, Mexico, Germany, Ecuador and Sweden.

The highest authority of the National Superintendence of Cryptoactives participated as a special guest on behalf of Venezuela to this event convened by the Informatics Union of Cuba, a non-profit social organization that manages and socializes technological knowledge.

In his speech, Ramírez shared the advances of the Bolivarian Republic of Venezuela in the creation and use of a digital currency such as Petro, backed by the wealth of the nation, as an alternative means to the traditional financial system and a mechanism for investment, which also shields the operation of cryptocurrencies in Venezuela.

Ramírez predicted that Petro places the South American nation at the forefront of the transformation of the world economy, in commercial and exchange transactions, to overcome the economic blockade imposed by the United States government.

At the meeting, the Superintendent explained Petro’s ecosystem and its advances in support of Venezuela’s economic independence.

Likewise, he extended support to the Cuban people in their transit to technological development.