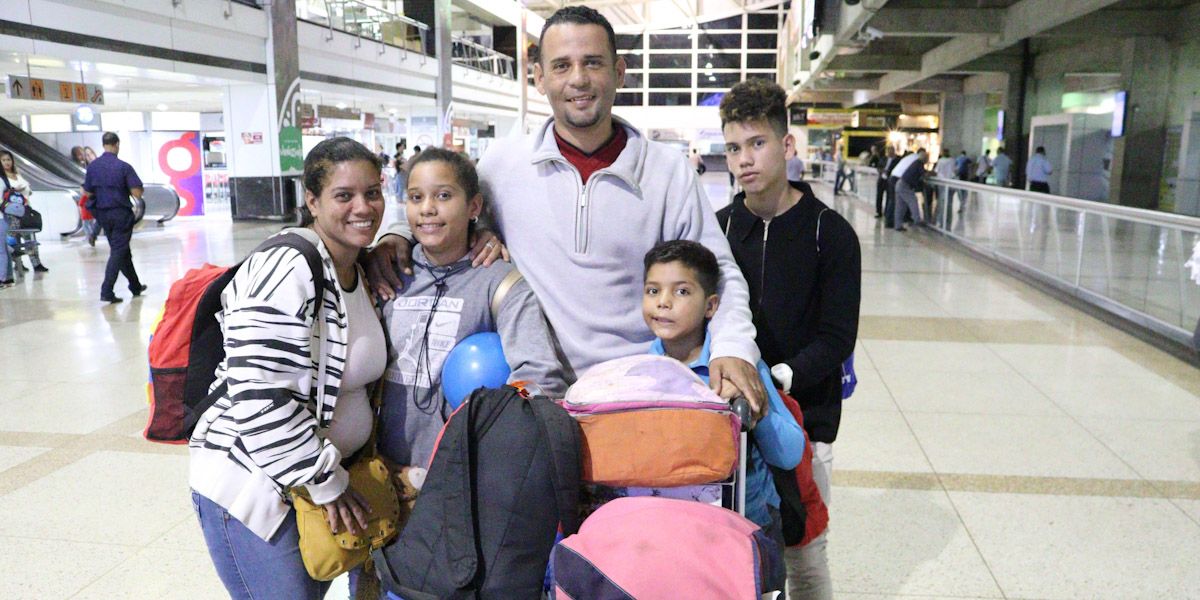 After denouncing having been victims of xenophobia, persecution and theft in the city of Guayaquil, Ecuador, the Venezuelan family Cedeño Betancourt, returned Monday to Venezuela as a special case on a Conviasa flight, due to the risk that threatened them in that country.

Originally from Nueva Esparta state, just two months ago, the five members of this family decided to migrate in search of supposed economic stability, however, the results were not as expected.

Upon landing at the “Simón Bolívar” Maiquetía International Airport, Reny Cedeño, father and husband, expressed the constant episodes of xenophobia suffered by Ecuadorian citizens and, he described, how he and his relatives were stripped of their belongings and doped with psychotropic substance against their will in the place where they lived.

It should be noted that this delicate situation led Cedeño to voluntarily apply to the Consulate General of Guayaquil to be beneficiaries of the Plan Vuelta a Patria.

The family received consular support, in response to the state of vulnerability they were going through, they were temporarily placed in a Christian Shelter until the day of the flight back to their country.

Once the Cedeño Betancourt family stepped on Venezuelan soil, they thanked the government of President Nicolás Maduro for the protection and support they provided.

They also applauded the importance of conducting these repatriation days for those with similar vulnerable situations, and urged the Venezuelan brothers to evaluate and investigate the true reality of migrants who leave their homes in search of a new economic and professional start.