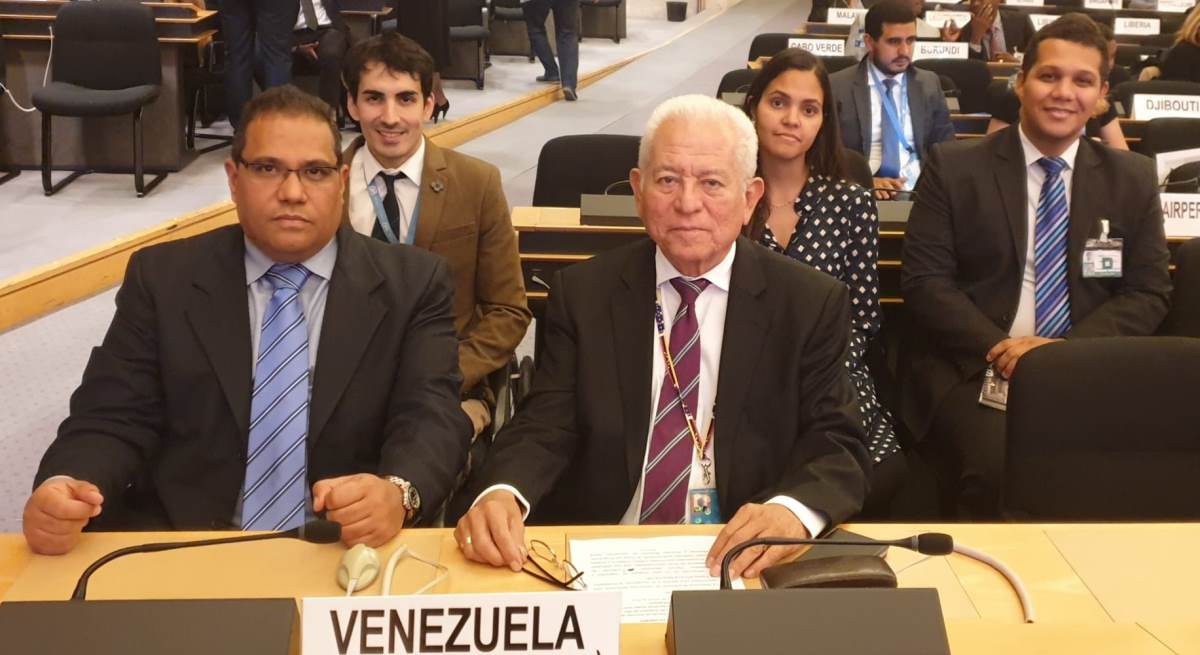 The diplomatic representation of the Bolivarian Republic of Venezuela explained to the participants of the 70th Session of the Executive Committee of the United Nations High Commissioner for Refugees (UNHCR), which was held in Geneva from October 7 to 11 This year, the successful and humanists policies in immigration and refugee matters implemented by the Bolivarian Government. In that sense, more than 9 million people who have arrived from other latitudes to the Homeland of Bolivar benefit from Venezuelan social justice policies.

Venezuela was represented by Jorge Valero, permanent representative to the UN and other international organizations based in Geneva and Juan Carlos Alemán, president of the National Commission for Refugees (Conare).

Venezuelan spokesmen in individual speeches dismantled the false statements about the number of Venezuelans that have emigrated to other countries in recent years, given that the sources used by both the UNHCR and the International Organization for Migration (IOM) come from governments grouped in the cartel from Lima, which has a hostile policy towards Venezuela and bulged the figures, with the purpose of immorally using resources provided by international organizations and foreign organizations.

Valero and Alemán referred to the thousands of return requests received at Venezuelan embassies abroad, processed through the “Plan Vuelta a la Patria”. The representative of Conare said that the Bolivarian Government reiterates that the 1951 Convention, its 1967 protocol, ratified by Venezuela, is the legal framework of the UNHCR’s work and the cornerstone of the concept of international protection.

Racism and xenophobia of concern

Bolivarian spokesmen denied that Venezuelan citizens have found a safeguard to their lives and their rights in countries whose governments belong to the Lima cartel.

On the contrary, they added that Venezuelan migrants have been subjected – in some countries of the region – to various and terrible forms of xenophobia and aggression against their human dignity. In recent months they have been killed, tortured and assaulted, arguing social cleansing; their places of residence have burned down.

They denounced that, in many cases, they are treated as slaves or persons devoid of the most elementary human rights. In recent weeks, expressions of racism have escalated at the governmental level. Acts of the most extreme violence against nationals have been tolerated, and even promoted, by fascist, racist and intolerant governments in the region.

The Bolivarian representatives stressed that Venezuela suffers the direct and indirect effects of the more than 350 unilateral coercive measures imposed by the supremacist government of the United States, which has imposed a total financial and commercial blockade that causes death and suffering to the Venezuelan people. They also said that due to the application of these criminal measures, the South American country has lost more than 150 billion dollars.

Given the Peruvian government’s statement about the existence of a supposed humanitarian crisis, Venezuelan diplomatic representatives at the UNHCR meeting recalled the report of the UN independent expert, Alfred de Zayas. What does exist is a criminal economic, financial and commercial war advanced by the Trump supremacist government, within the framework of the genocidal unilateral coercive measures imposed on the Bolivarian people. Measures that the governments of the Lima cartel, as good minions of the US empire, support with impudence. The Peruvian government has hindered the repatriation of hundreds of Venezuelans, who want to return voluntarily, through the Plan Vuelta a la Patria.

On the other hand, Venezuelan spokesmen said that the fascist and xenophobic government of Brazil forgets the immense migratory flows to Venezuelan territory to work in mines of different materials, which are exploited in the border block. These people, known as garimpeiros, have their human dignity respected.

Given the “concern” of the representative of the Ecuadorian government about the flow of Venezuelans to his country; Valero and Alemán dismantled their argument with their own claims. He said in his speech that, in Ecuador, of the 68,000 refugees, 97% are of Colombian nationality. It seems that the remaining 3%, among which Venezuelans are, are the ones that cause them concern. In Venezuela, on the other hand, – they stressed – 500,000 Ecuadorians have been provided with protection, free health, education and housing services.

And referring to the humanist policies advanced by the Bolivarian Revolution, they affirmed that in Venezuela solidarity support is provided to migrants and refugees residing in the land, without distinction of nationalities of origin.