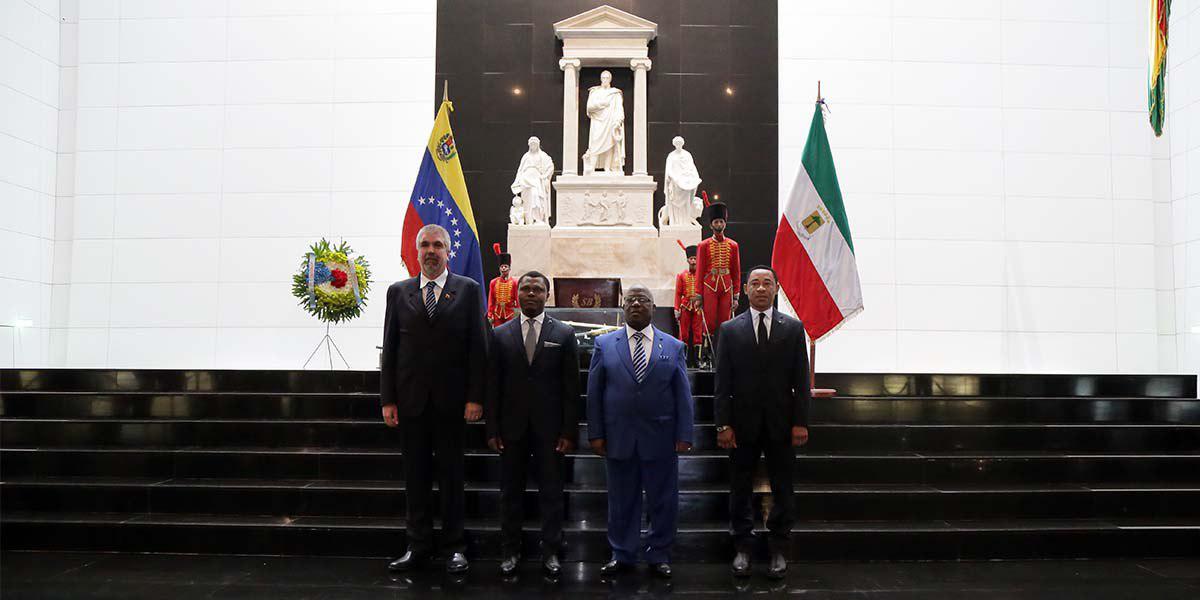 On the occasion of the 51st Anniversary of the National Independence of the Republic of Equatorial Guinea, the ambassador of the African country accredited in the Bolivarian Republic of Venezuela, Carmelo Micha Nguema, paid honors this Friday to the Liberator Simón Bolívar with a floral offering before the sarcophagus that guard the mortal remains of the Father of the Homeland.

The highest diplomatic representative of Equatorial Guinea in Caracas was accompanied at the ceremony by the Vice-minister for Africa of the People’s Power Ministry for Foreign Relations, Yuri Pimentel.

The floral offering – in the National Pantheon of the Venezuelan capital – also brought together various representatives of the diplomatic corps accredited in the South American nation.

The independence of the Republic of Equatorial Guinea from Spain was proclaimed on October 12, 1968, as part of the decolonization process of Africa supported by the United Nations.

This year, last July, the First Joint Cooperation Commission between the Bolivarian Republic of Venezuela and the Republic of Equatorial Guinea was held in Caracas with the common vision of expanding the bilateral agenda and brotherhood ties. 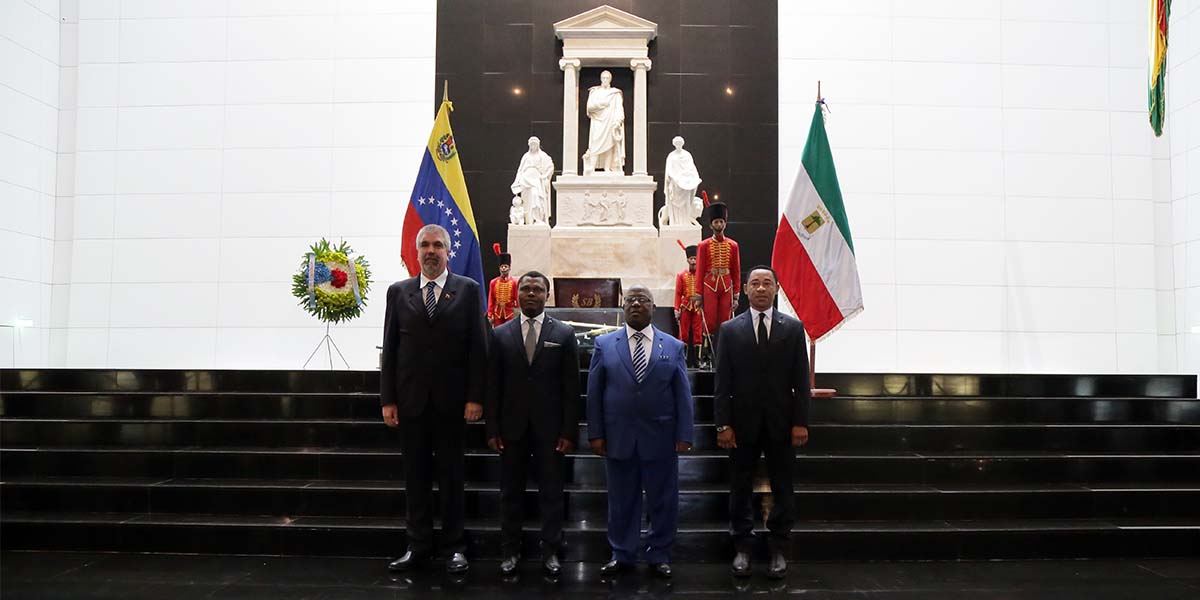