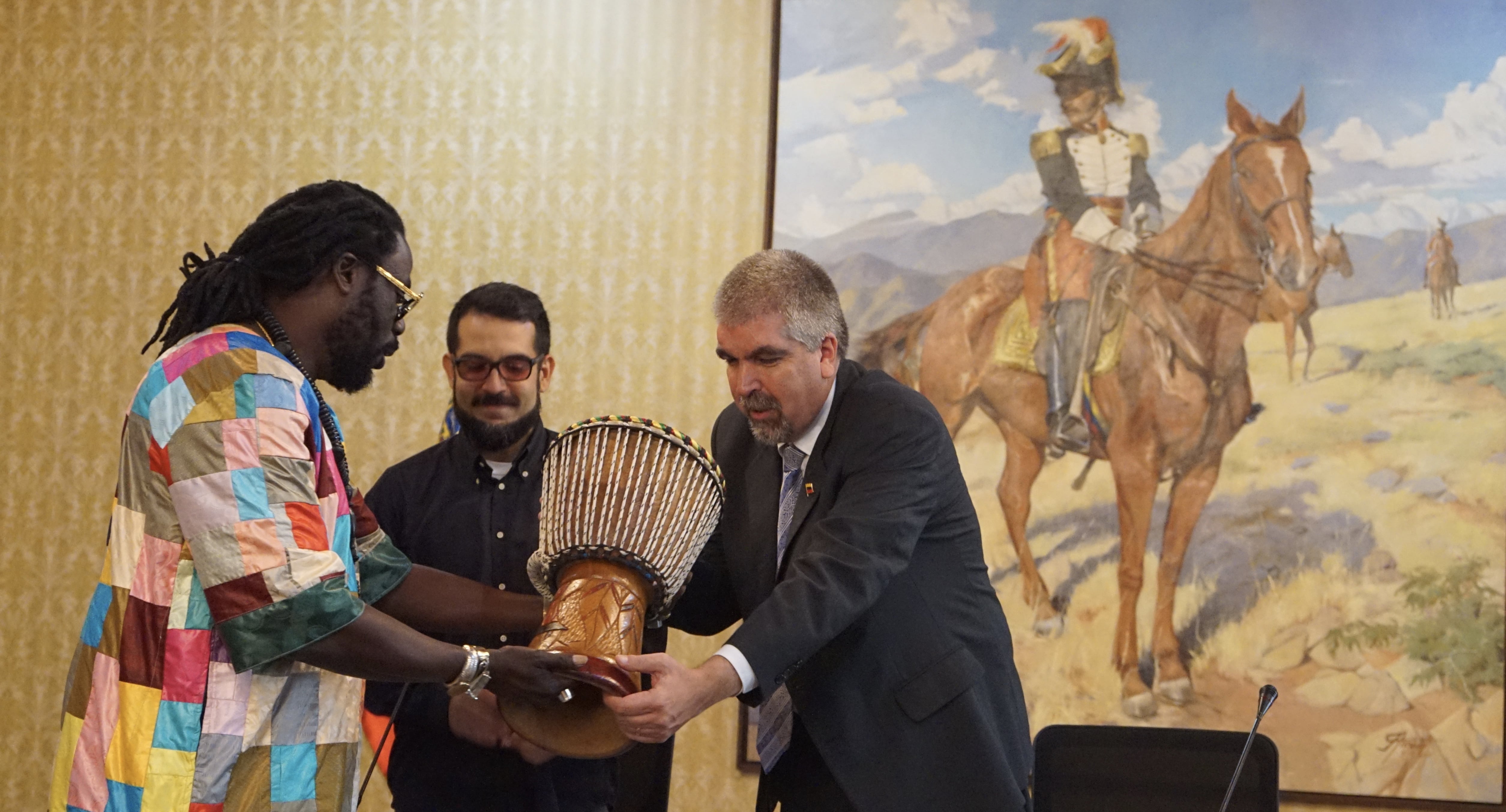 In the formal reception to the delegations that will participate from this Wednesday until Saturday in the VI Cultural Festival with the Peoples of Africa; Yuri Pimentel, Vice-minister for this continent of the People’s Power Ministry for Foreign Relations, said the event demonstrates “our solidarity and brotherhood with the countries of Africa. It also serves to carry the message to their peoples about the Venezuelan reality, which is contrary to the image that international media try to sell”.

From the Sucre Hall of Casa Amarilla, in Caracas, the Venezuelan diplomat, along with Alejandro López, Vice-minister of Diversity and Cultural Identity of the People’s Power Ministry for Culture, welcomed representatives of Senegal, Algeria, Mali and Namibia on behalf of the Bolivarian Government.

Vice-minister Pimentel pointed out that the Congolese delegation was arbitrarily returned to the airport in Paris, France, an example that “the northern countries treat us as second-class citizens”.

He recalled that the Cultural Festival with the Peoples of Africa was born in 2005, designed by President Hugo Chávez. “It was with Commander Chávez that a policy of cooperation and integration with Africa was launched. Before the Bolivarian Revolution, Venezuela had seven embassies in that continent, especially in oil countries. Today, the Bolivarian Republic has diplomatic relations with all African countries; We are going for 20 embassies installed”.

The Vice-minister for Africa contextualized the visiting delegations about the economic blockade imposed by the US government against the Venezuelan people and how it affects the national economy and financial transactions with other countries. He commented on the theft of the company Citgo, whose value exceeds 30 billion dollars and more than 20 billion dollars blocked in the international financial system. He revealed that it is a strategy of the US empire to control the natural resources of Venezuela, which has the largest oil reserves in the world and one of the largest in gas, gold and diamonds.

Also, Yuri Pimentel said that more than half of the Venezuelan population has Afro-descendant roots, according to the last census it is estimated that around 54% of the people, hence the deep cultural connection with Africa.

Babacar Dieng, president of the NGO “Sounds of Africa” in Senegal, shared that the festival means a very important space to show that Africa is not only poverty and hunger, but also has its culture and wealth. He thanked Venezuela, its people and government for the opportunity to participate in this cultural exchange.

“We see that outside what they teach about Venezuela and its capital Caracas is not the truth, in Venezuela there is peace and tranquility”, he said. 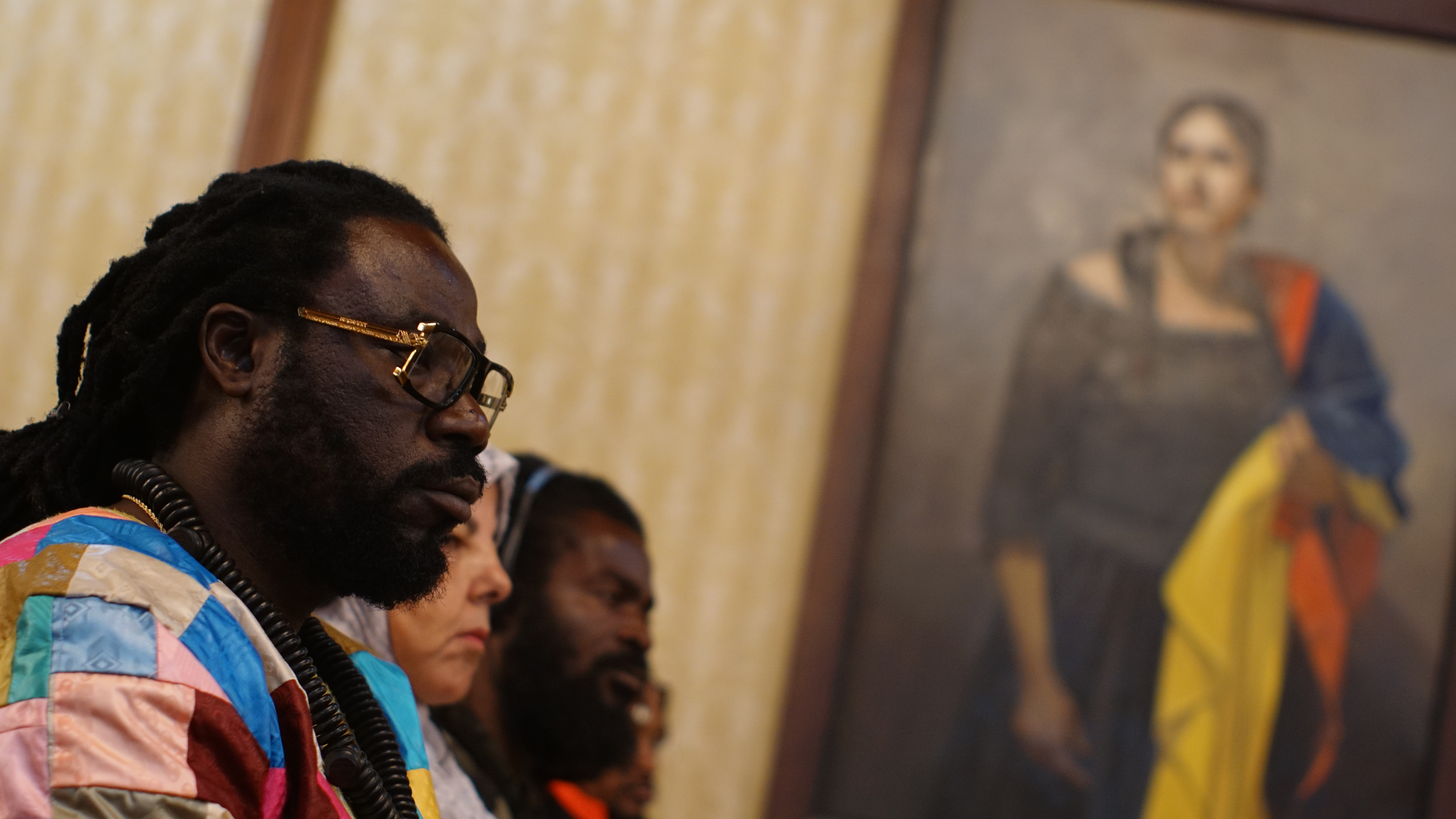