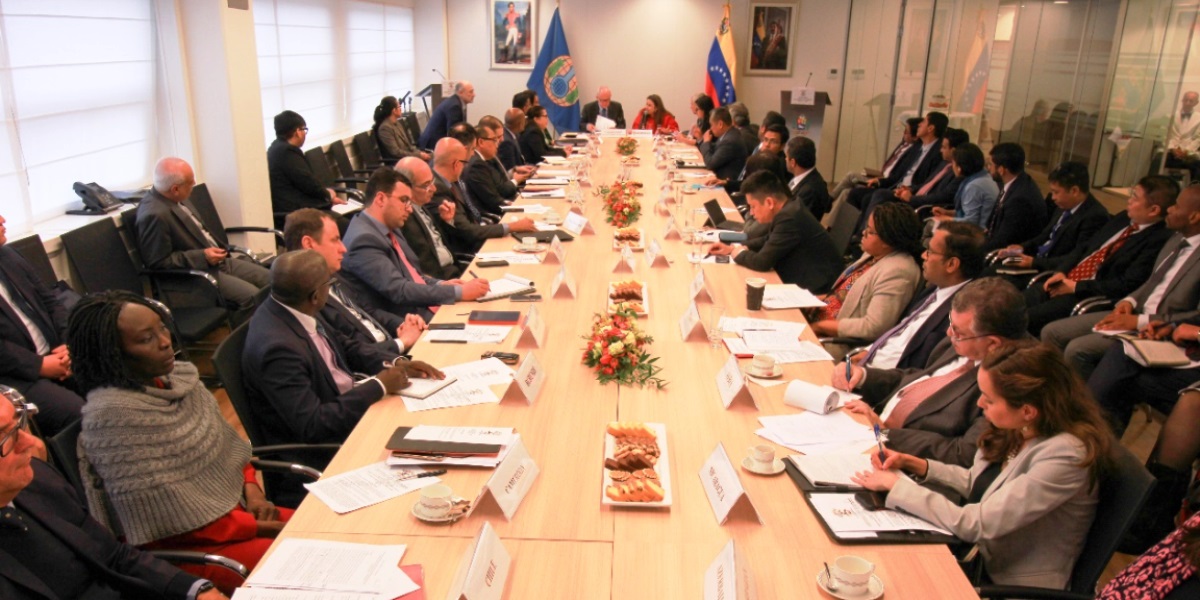 Within the framework of the Presidency that the Bolivarian Republic of Venezuela exercises in the Non Aligned Movement (NAM), on October 1, the ambassadors meeting of the aforementioned multilateral organization was held at the Permanent Mission of Venezuela in The Hague, which was chaired by Ambassador Haifa Aissami Madah, with the purpose of approving the declaration that will be delivered before the 92nd session of the Executive Council of the Organization for the Prohibition of Chemical Weapons (OPCW), to be held from October 8 to 11 of this year.

More than fifty delegates participated in that meeting, including representatives of the People’s Republic of China, which traditionally adheres to the NAM’s statements before the OPCW.

Also, the chairman of the OPCW Executive Council, Ambassador Andrea Perugini, participated as a special guest to discuss about his proposal in response to the request of the NAM and China for the “Establishment of a open Working Group to identify and prioritize the implementation of the items on which consensus can be reached among the States Parties of the Chemical Weapons Convention”.

Last July, the NAM and China presented the proposal before the 91st session of the OPCW Executive Council, considering the collective effort of the States Parties during the Fourth Conference on the Review of the Convention on Chemical Weapons, held in November 2018, in which there was no consensus on vital issues to achieve the object and purpose of the Convention.