After overcoming the obstacle of the fuel supply by the government of Peru that forced to suspend the flight last Saturday, 200 Venezuelans from Peru returned to the country on Wednesday, through two Conviasa planes corresponding to the repatriation day number 35 of the Plan Vuelta a la Patria.

Acts of xenophobia, unemployment, labor exploitation and serious health problems are some of the reasons that motivated this group of Venezuelans to return to their homeland. Venezuelans who migrated to the Andean nation due to the effects of the economic blockade and the unilateral coercive measures imposed by the United States government against the Venezuelan people.

Upon landing at the Maiquetía airport in La Guaira state, returnees expressed their joy in returning to their land and thanked the Bolivarian Government for this unique plan in the world, implemented by the State for the free return, by air and land, of the migrant nationals in vulnerable situations in receiving countries.

“Cheerful!” Yolimar Torrealba, 32, said along with her 11 year old son when removing their suitcases in Maiquetía: “I am happy, super excited. I have cried a lot but of happiness. I thank President Nicolás Maduro for bringing us back with the Plan Vuelta a la Patria, without him, we wouldn’t have been able to return. Nothing like being in your land, feeling the warmth of the Venezuelan. I tell people who want to leave the country to think about it very well, because the situation is not easy out there”.

Another beneficiary of the plan, the salsa singer Efrén Avellaneda, said he was very happy to be back in his country. “Thank God the nightmare is gone”, he said in reference to his bitter experience in Lima.

The official welcome was given by Rander Peña, Vice-minister for Latin America of the People’s Power Ministry for Foreign Relations, who acknowledged that “we have a complex situation but we can solve it among Venezuelans. It is time to be reborn and we are sure that together we are going to achieve it”.

He asked the returnees to send a message to Venezuelans who think their best option is to leave, because they are confused; “Tell them that here is their country to receive them, shelter them, protect them and together to achieve the Homeland that we all want”.

With this new day from Peru, the Plan Vuelta a la Patria reaches a balance of almost 16,000 returnees since it began just over a year ago, from countries such as Brazil, Colombia, Chile, Peru, Ecuador, Dominican Republic, Panama and Uruguay. 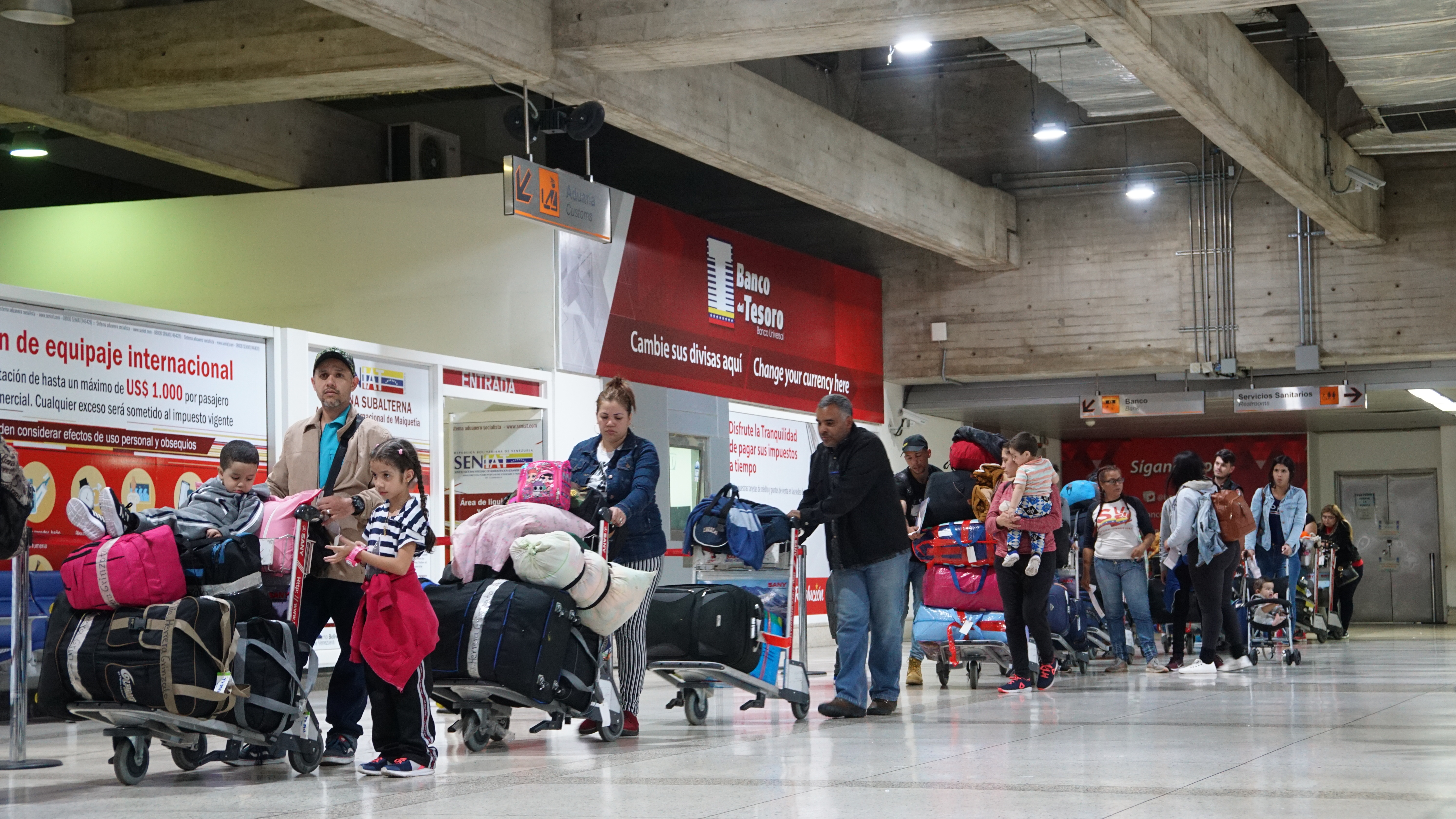