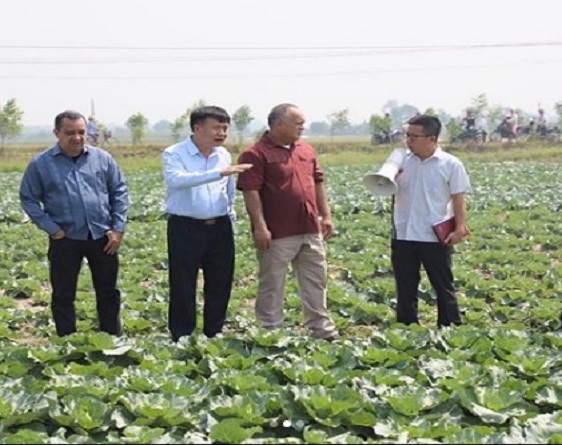 The Venezuelan government encourages and strengthens the agricultural projects it maintains with Vietnam, said the president of the National Constituent Assembly (ANC), Diosdado Cabello.

He stressed that Venezuela signed an agreement with Vietnam for the generation of new seeds in rice cultivation.

“We have a lot to learn, we thank the government of Vietnam, its people, the authorities, the party that plays a fundamental role and we will take those lessons to Venezuela”, said Cabello.

Let’s recall that at the end of August 2015, the leaders of Venezuela, Nicolás Maduro Moros, and Vietnam, Truong Tan Sang, signed an agreement that aims to identify, design and apply the Asian agricultural production model in rice cultivation, aquaculture activities and cattle raising.