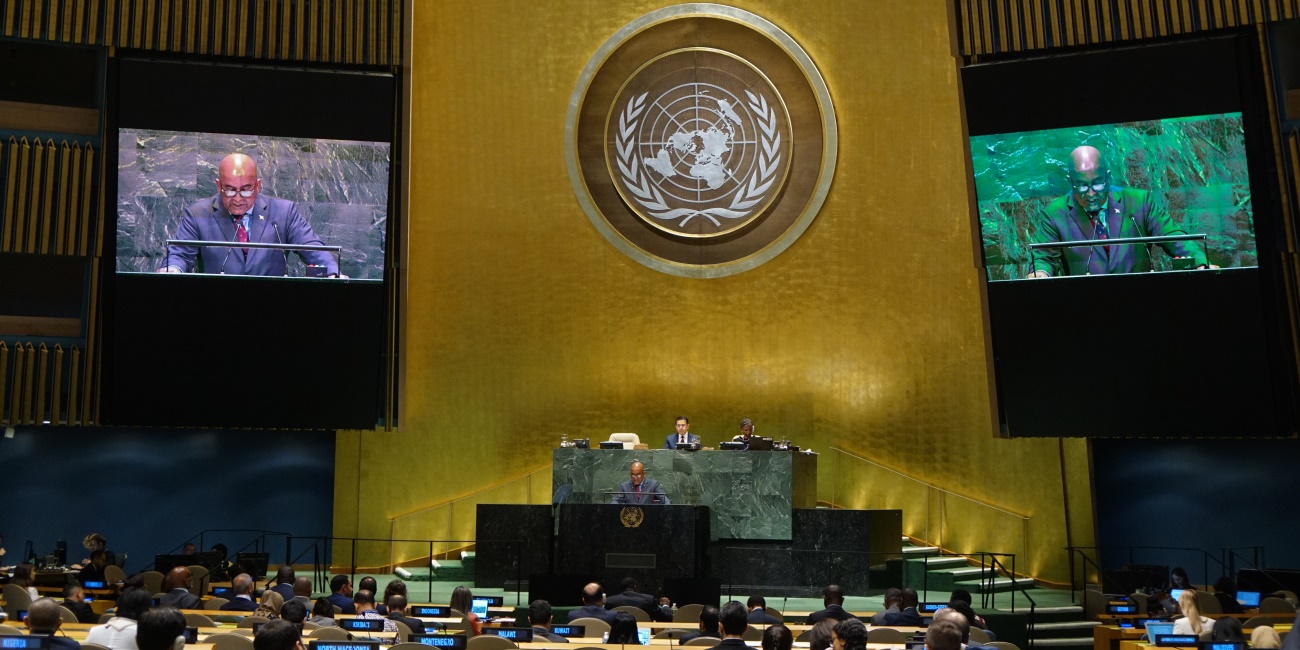 Grenada supports initiatives for dialogue in Venezuela from the UN

The Chancellor of Granada, Peter David, expressed Saturday his country’s full support for any initiative aimed at resolving the situation of the Bolivarian Republic of Venezuela through the Pacific route and through processes agreed by the States of the region through the Community of the Caribbean (Caricom).

“What we hope is that a genuine dialogue can be fostered based on the premise that Venezuelans will be able to overcome their divergences if they gather around the common efforts they need to deploy for the future of all Venezuelans”, he said in his intervention before the General Assembly of the United Nations.

The Foreign Minister stressed, however, that diplomacy and respect for State sovereignty and the right to self-determination of peoples must prevail.

“The government and the opposition must ensure that Venezuelans do not lose hope”, he suggested.

Recently, on September 16, the Venezuelan government and opposition representatives signed an agreement that included the immediate installation of a national peace dialogue table, aimed at achieving measures that guarantee the political and socio-economic rights of Venezuelans.

The founding principle of this mechanism is the broad dialogue, without exclusions, whose method is based on partial, open and transparent agreements to which all the representative sectors of Venezuelan society and the political forces that wish may be added.