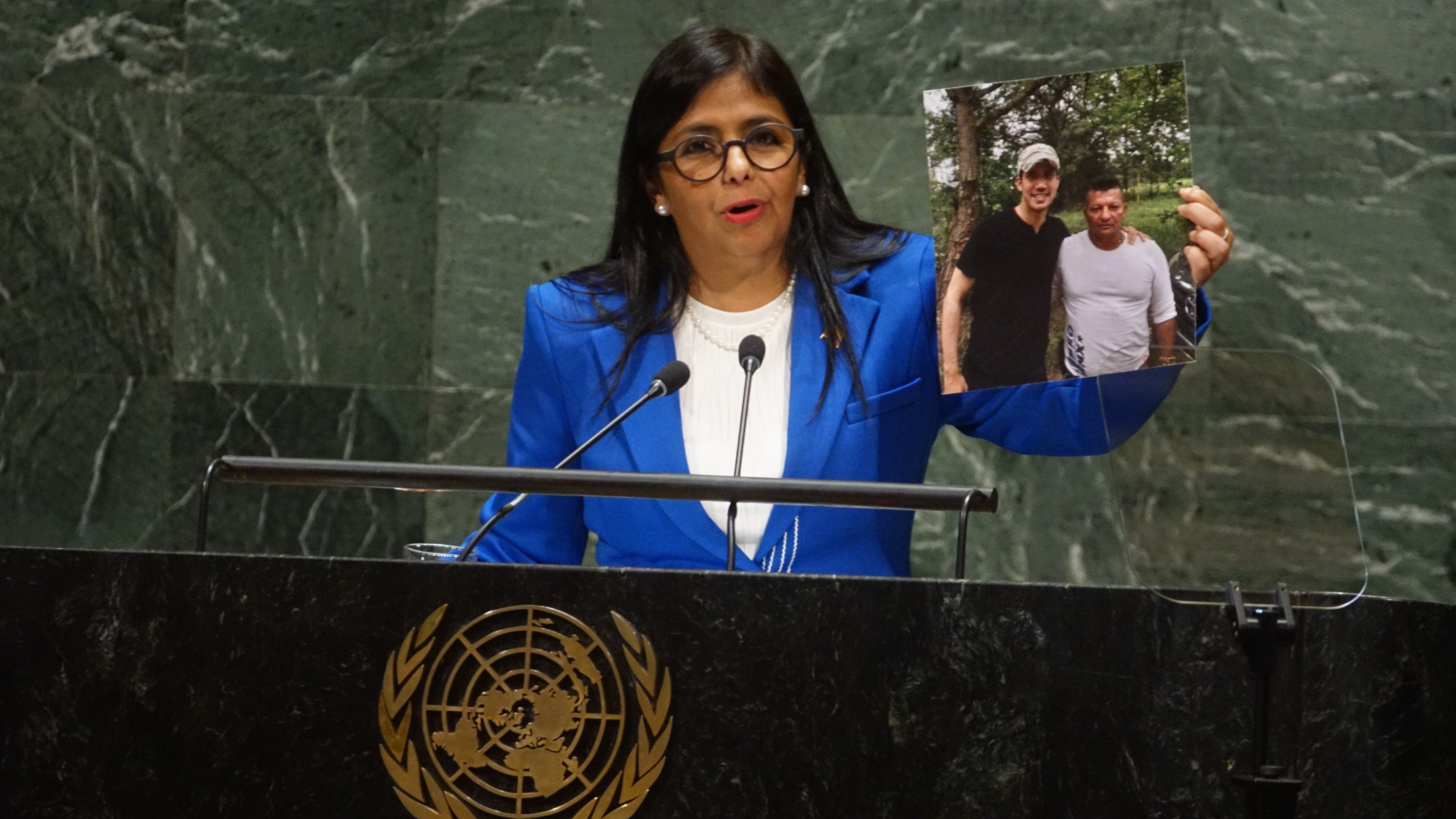 Vice-president Rodriguez in a speech to the UN: US blockade constitutes new State terrorism

In a clear and forceful speech before the General Assembly of the United Nations, the Executive Vice-president of the Bolivarian Republic of Venezuela, Delcy Rodriguez, warned that the unilateral coercive measures of the United States constitute a new State terrorism that does not use bombs to devastate the towns but banks and insurance companies.

She stressed that in Venezuela these measures have been applied more than 350 times, violating the right to health, food and development of the Venezuelan people and flagrantly violating the Charter of the United Nations.

She stressed that this economic terrorism has generated a decrease in revenues in Venezuela and stressed that between 2015 and 2018 the losses for the Venezuelan economy have reached 130 billion dollars.

The Vice-president added that this country has imposed a total of 8,000 unilateral coercive measures to 32 countries, and that currently one third of humanity suffers the consequences.

Denunciation of mercenary camps in Colombia

The Executive Vice-president of the Republic also presented to the UN the coordinates of three camps located northwest of Colombia where mercenaries are trained and plans to attack Venezuela are designed. These three places would be located in Santa Marta, Riohacha and Maicao.

“We face the instrumentalization of criminal gangs, paramilitaries and drug trafficking to destabilize Venezuela”, she emphasized by showing a photograph of Juan Guaidó with ‘Los Rastrojos’.

She informed that the Venezuelan authorities have sent a video containing the complete confession of a ringleader of this paramilitary band to the International Criminal Court, to join the preliminary examination on Colombia and paramilitarism.

The Executive Vice-president also mentioned the implementation of the Inter-American Treaty of Reciprocal Assistance (Rio Pact) in the Organization of American States (OAS) against Venezuela, a mechanism from which, she recalled, Caracas withdrew a few years ago.

In this regard, she noted that all the mechanisms of this treaty have been applied against Venezuela except for the military intervention, but reiterated that with their approval, they seek to sow the pillars to propitiate it.

Finally, she ratified the historical rights of Venezuela over the Guiana Esquiba and reinvindicated the Geneva Agreement of 1966, the only valid instrument to settle this territorial controversy that contemplates bilateral political negotiation.