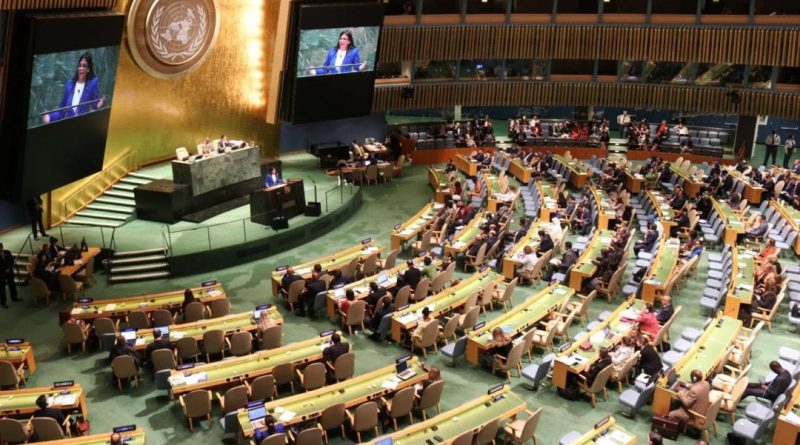 Within the framework of the 74th Session of the General Assembly of the Organization for the United Nations (UN), which takes place in the city of New York, United States, the Minister of Foreign Affairs of Venezuela, Jorge Arreaza and his Russian equal, Sergey Levrov, signed a bilateral agreement of mutual interest.

This agreement includes strengthening relations between the two ministries during the years 2019-2022, as well as addressing regional and international issues in the field of peace diplomacy that has developed between these sister nations for several years.

Likewise, the formation of a more just, democratic and multipolar world is aimed at guaranteeing peace and stability in accordance with international law, including respect for sovereignty, sovereign equality of States and territorial integrity.

The relations between Venezuela and the Eurasian nation are established on the basis of a deep political trust, friendship, communication and understanding on issues of binational interest that were achieved by the strategic vision of Eternal Commander Hugo Chávez and President Vladimir Putin and that today, consolidate with President Nicolás Maduro Moros.