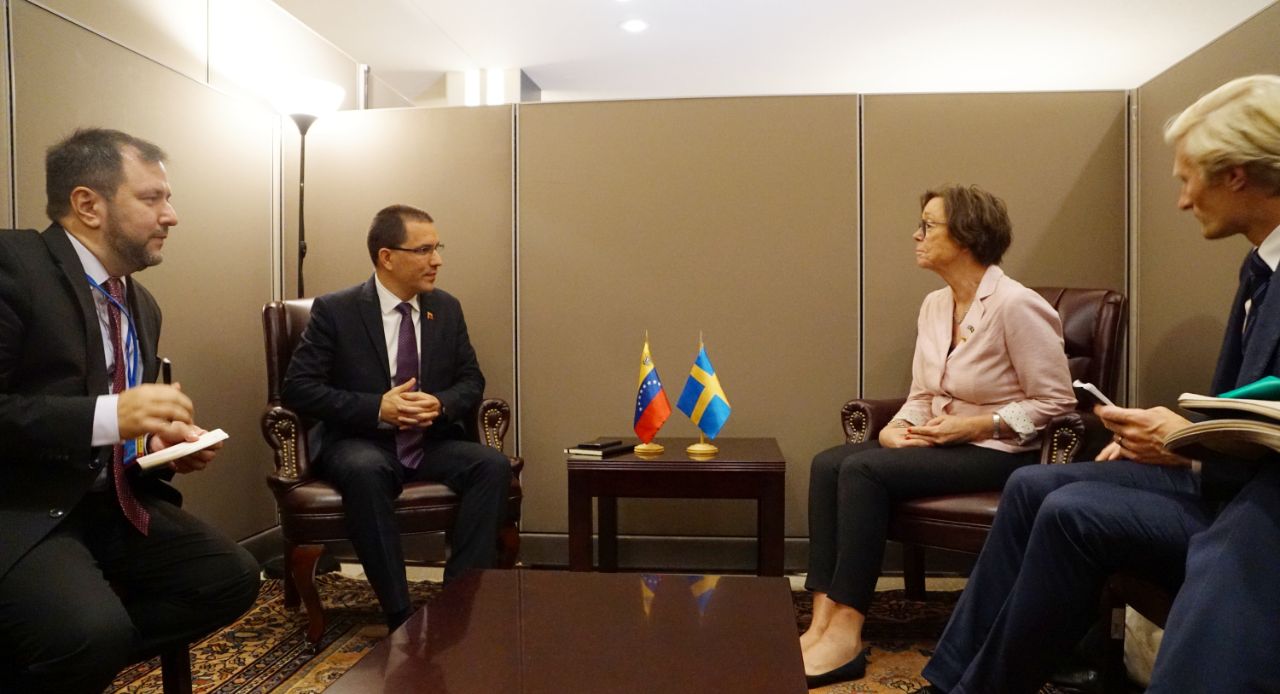 Within the high-level segment of the 74th session of the UN General Assembly, this Wednesday, the People’s Power Minister for Foreign Relations of the Bolivarian Republic of Venezuela, Jorge Arreaza, met with the Secretary of State of the Ministry of Foreign Affairs of Sweden, Annika Söder.

The meeting was also attended by the Vice-minister for Europe of the People’s Power Ministry for Foreign Relations, Yván Gil.

Last July, both diplomats agreed during an official visit by the Venezuelan Foreign Minister to the multilateral organization, at that time they discussed issues of bilateral interest and the international context. 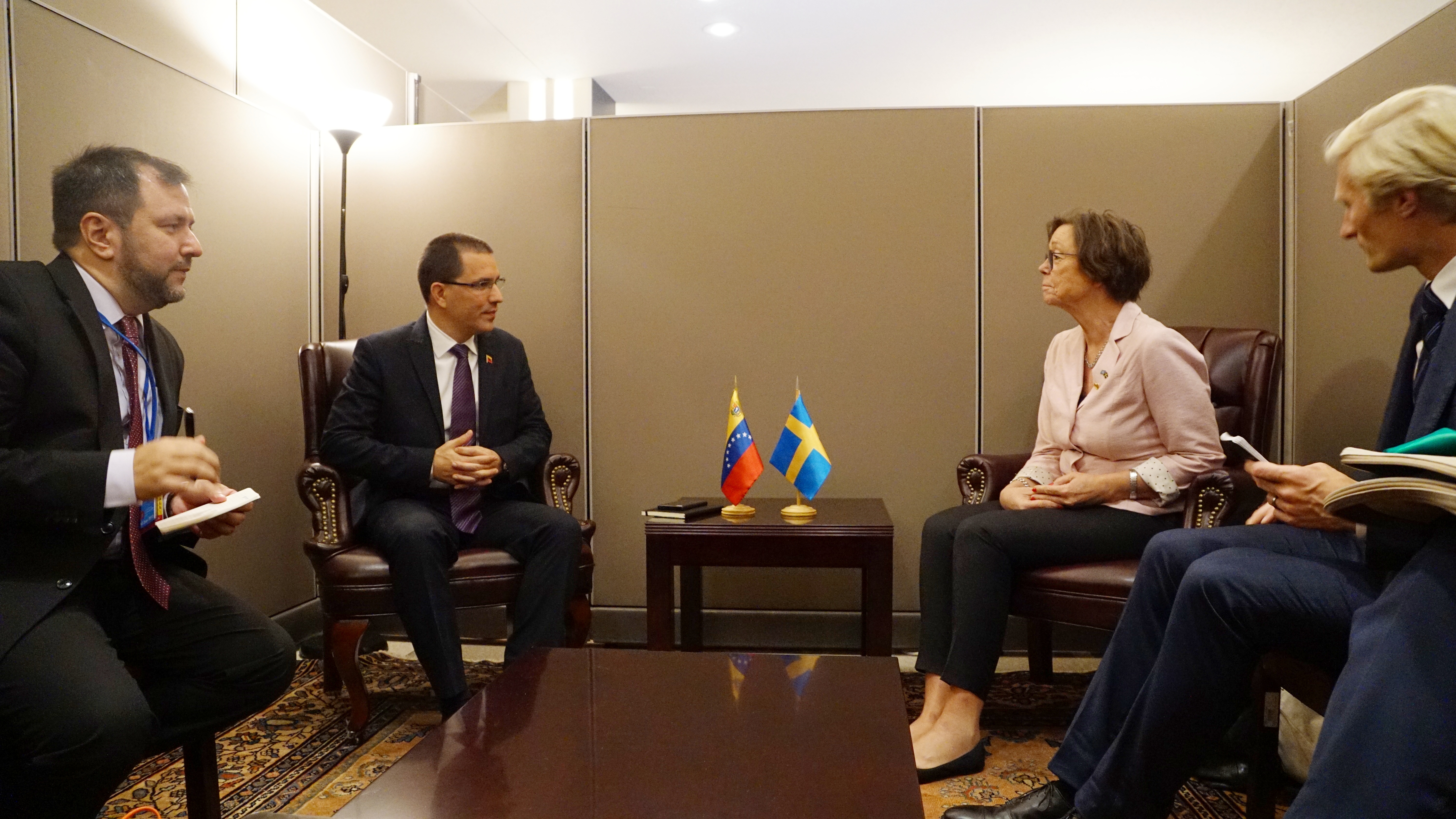