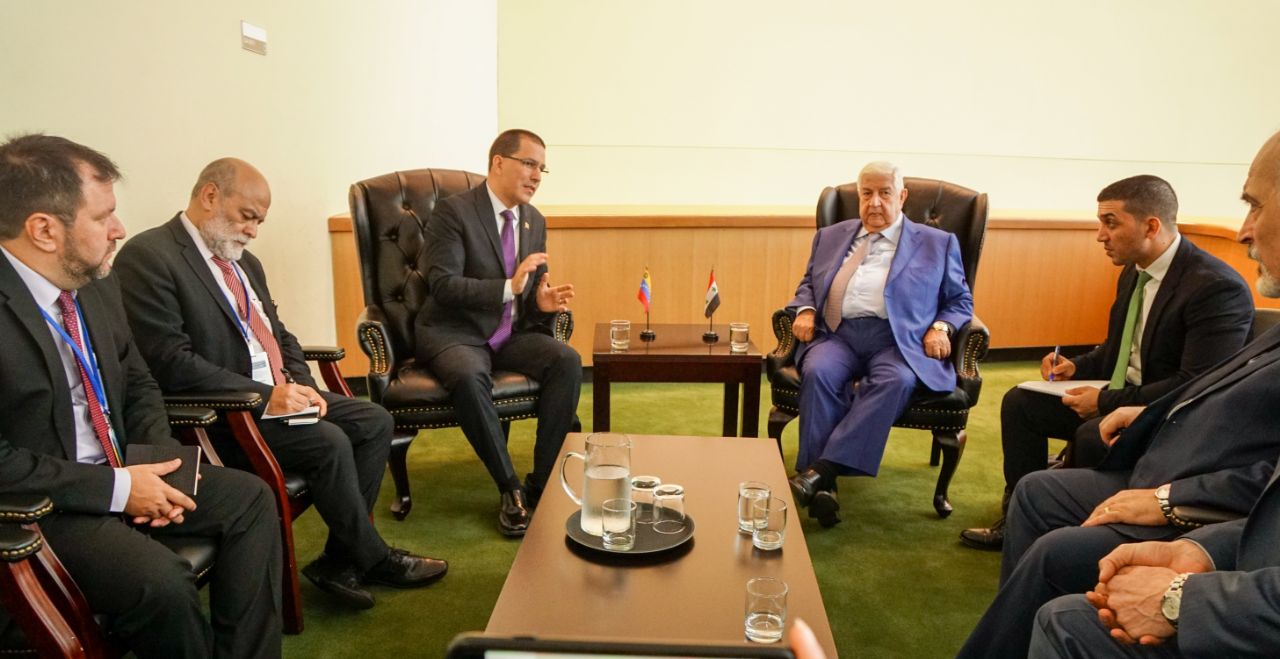 Venezuela and Syria strengthen ties of cooperation at the UN

This Thursday, from New York City, the People’s Power Minister for Foreign Relations of the Bolivarian Republic of Venezuela, Jorge Arreaza, held a meeting with his counterpart from the Syrian Arab Republic, Walid Al-Mualem, in order to maintain the cooperation ties between both nations.

Venezuela and Syria strengthened their bilateral relations after the meeting held last April by Foreign Minister Jorge Arreaza with the President of the Syrian Arab Republic, Bashar Al-Assad.

It should be noted that, like Venezuela, Syria has been the victim of multiple attacks propitiated by the United States Government, which, knowing the strategic and privileged position of this country with respect to the Middle East and what it implies for the world economy, launched a armed conflict that resulted in the death of more than 500 thousand people victims of that atrocious war.