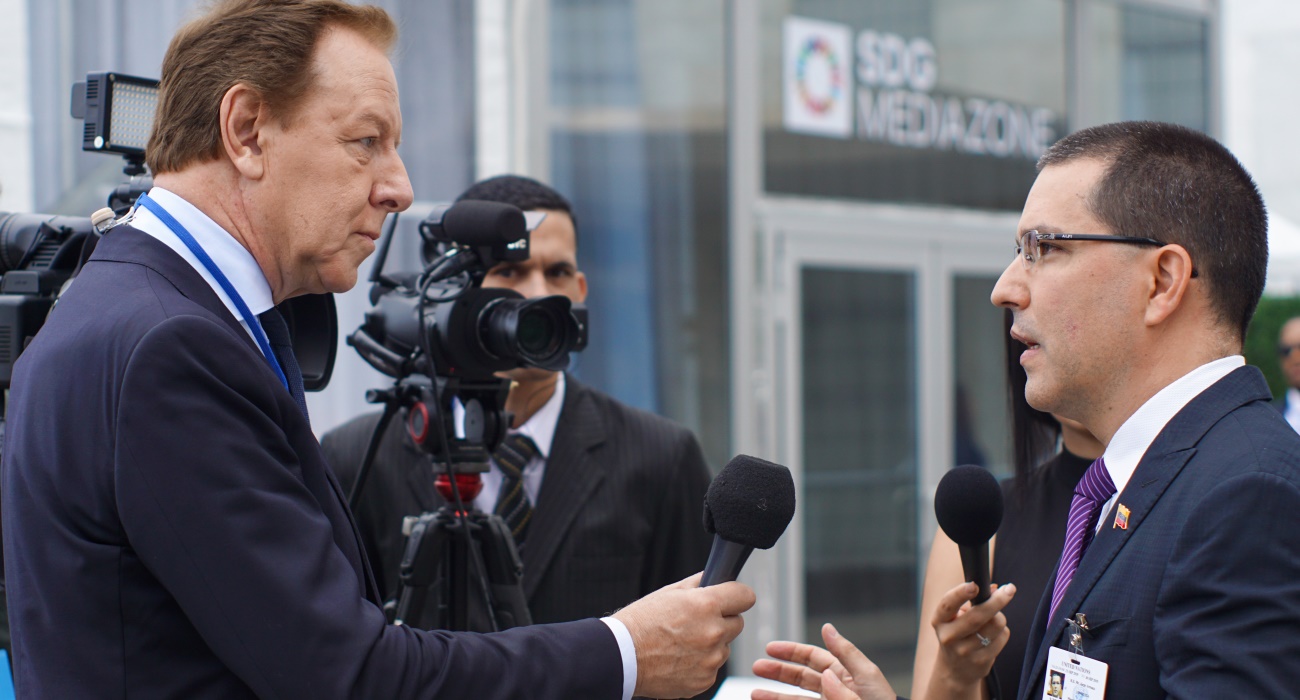 The government of the Bolivarian Republic of Venezuela on Thursday urged the collective defense of international peace and security from the United Nations Organization (UN) and other forums for global political consultation, against the hegemonic claims of the US government.

“This is the moment of multilateralism, this is the moment when we peacefully defend international peace and security collectively, nobody can do it individually, no government, no president, no army, no world corporation, can try to impose their peace, the peace of slavery; no! it is collective peace, the one we all decide with independence and sovereignty”, said Venezuelan Foreign Minister Jorge Arreaza interviewed by Telesur.

The diplomat, who previously chaired the ministerial meeting of the Non-Aligned Movement (NAM) whose highest leadership instance, the South American nation has exercised since 2016, said that the block comprising 120 countries “is prepared” to defend the dignity of Venezuela and the United Nations Charter.

The Venezuelan Foreign Minister stressed that US President Donald Trump lacks the power to elect or appoint a representative or president of a country before the United Nations.

“It is the arbitrary imposition of an imperialist strategy with a parallel phantom government; the only valid credential is that of the Minister of Foreign Relations or the one that Vice-president Delcy Rodríguez will wear on her lapel tomorrow to address the General Assembly and hold meetings, even to sign some agreements”, he anticipated.

With regard to the Ministerial meeting of the NAM, the last one that Venezuela presides over, he highlighted the Declaration, unanimously approved during the meeting, in defense of the principles of sovereignty and political independence to maintain international peace and security and foster friendly relations and cooperation between the states.

The document reiterates the commitment of the 120 member states of the NAM, two thirds of the United Nations, with international law and the defense of the UN Charter, as well as the rejection of unilateralism and the imposition of unilateral coercive measures. It also ratifies the recognition of the NAM to the government of Venezuela under the leadership of President Nicolás Maduro.

Foreign Minister Arreaza also celebrated the resolution adopted this Thursday at the United Nations Human Rights Council in Geneva, entitled “Strengthening cooperation and technical assistance in the field of human rights in the Bolivarian Republic of Venezuela”.

The document recognizes the negative impact generated by the unilateral coercive measures imposed by the government of Donald Trump on the Venezuelan people, at the expense of their human rights.

The Resolution was presented by Iran and co-sponsored by Turkey, Russia, North Korea, Nicaragua, Algeria, Syria and Palestine; and supported by the Bolivarian Republic of Venezuela.