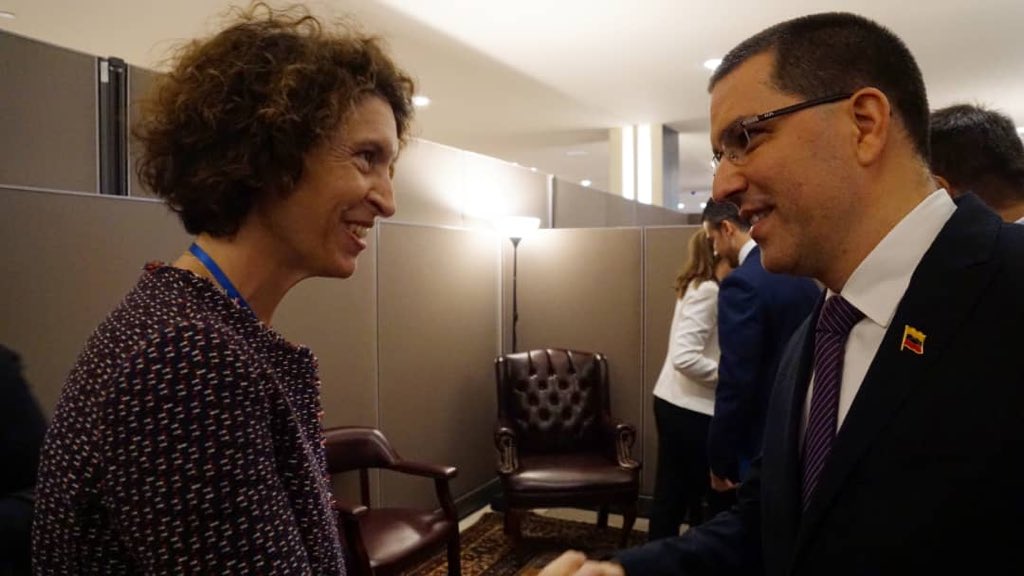 On his official visit to the United Nations Organization (UN), the Foreign Minister of the Bolivarian Republic of Venezuela, Jorge Arreaza, held a cordial meeting with María Ubach Font, Minister of Foreign Affairs of the Principality of Andorra.

During the meeting both diplomats discussed and evaluated the cooperation agenda in the Ibero-American Management System, among other issues of bilateral interest.

The last meeting between the People’s Power Minister for Foreign Relations and his couple from Andorra was held in July this year, at the same headquarters of the United Nations Organization.