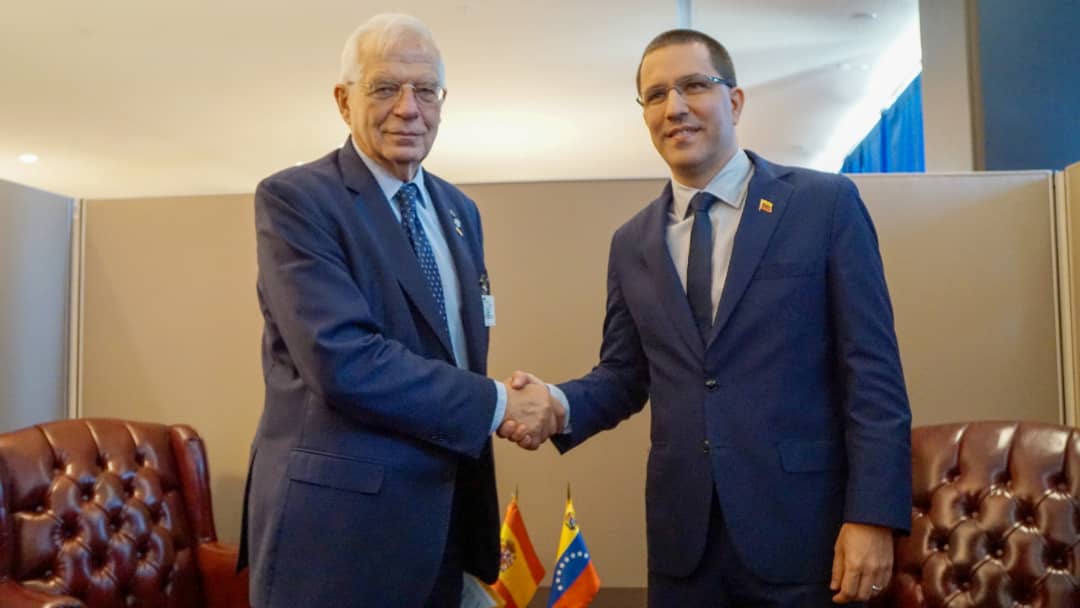 The Foreign Minister of the Bolivarian Republic of Venezuela, Jorge Arreaza, held an important working meeting on Wednesday with his counterpart from Spain, Josep Borrell, where they reviewed the position of the European Union, facing the dialogue processes between the government and representatives of Venezuelan opposition.

On the other hand, taking advantage of the meeting space between diplomats, bilateral issues were addressed and the cooperation agenda between countries was reviewed.

After the meeting, Spain indicated through a communiqué its position in favor of a peaceful and democratic solution of the Venezuelan political situation, and reiterated its support for the political dialogue.

It should be noted that this high-level meeting is part of the 74th session of the High Level segment of the United Nations General Assembly, which takes place in New York.