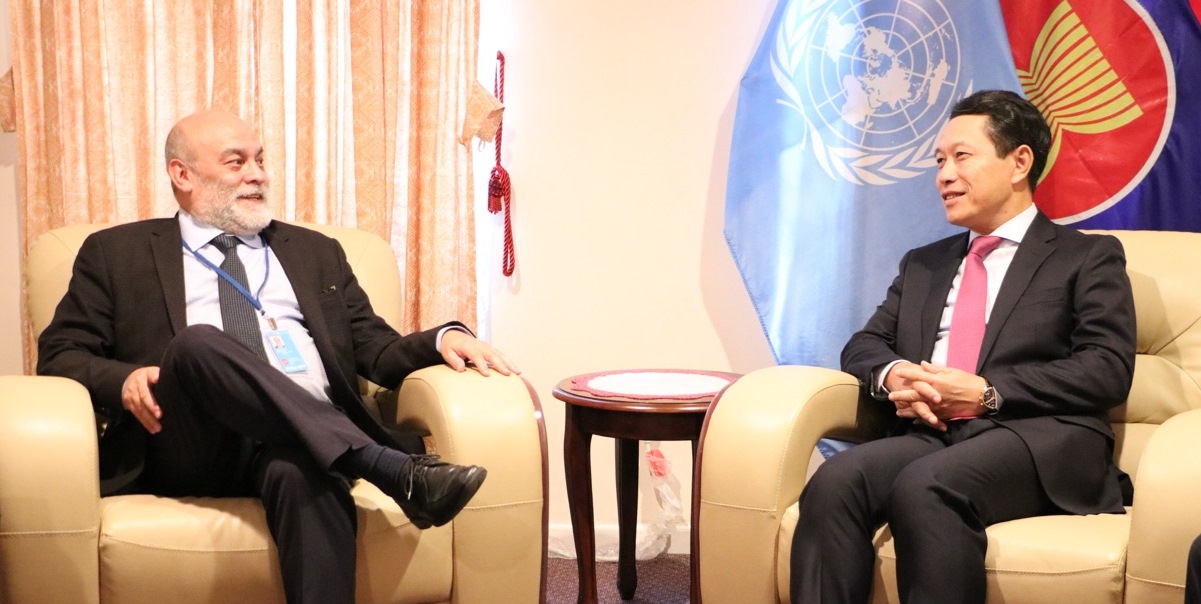 The Vice-minister for Asia, the Middle East and Oceania of the People’s Power Ministry for Foreign Relations, Rubén Darío Molina, held an important bilateral meeting on Wednesday with the Minister of Foreign Affairs of the Lao People’s Democratic Republic, Saleumxay Kommasith.

This meeting is part of the work agenda advanced by the Venezuelan delegation during the 74th session of the United Nations General Assembly, which takes place in New York, United States.

Also, during this meeting both officials strengthened friendship ties, as well as evoked their last work meeting that took place last August, when Vice-minister Molina toured the Asian continent.

Also present was the Vice-minister for Latin America of the People’s Power Ministry for Foreign Relations, Rander Peña, who informed Foreign Minister Kommasith about the political context of the Latin American region.

This and other high-level working days between Venezuela and Laos promote the expansion of cooperative relations between the two nations, an element necessary to boost bilateral relations for the benefit of the peoples.