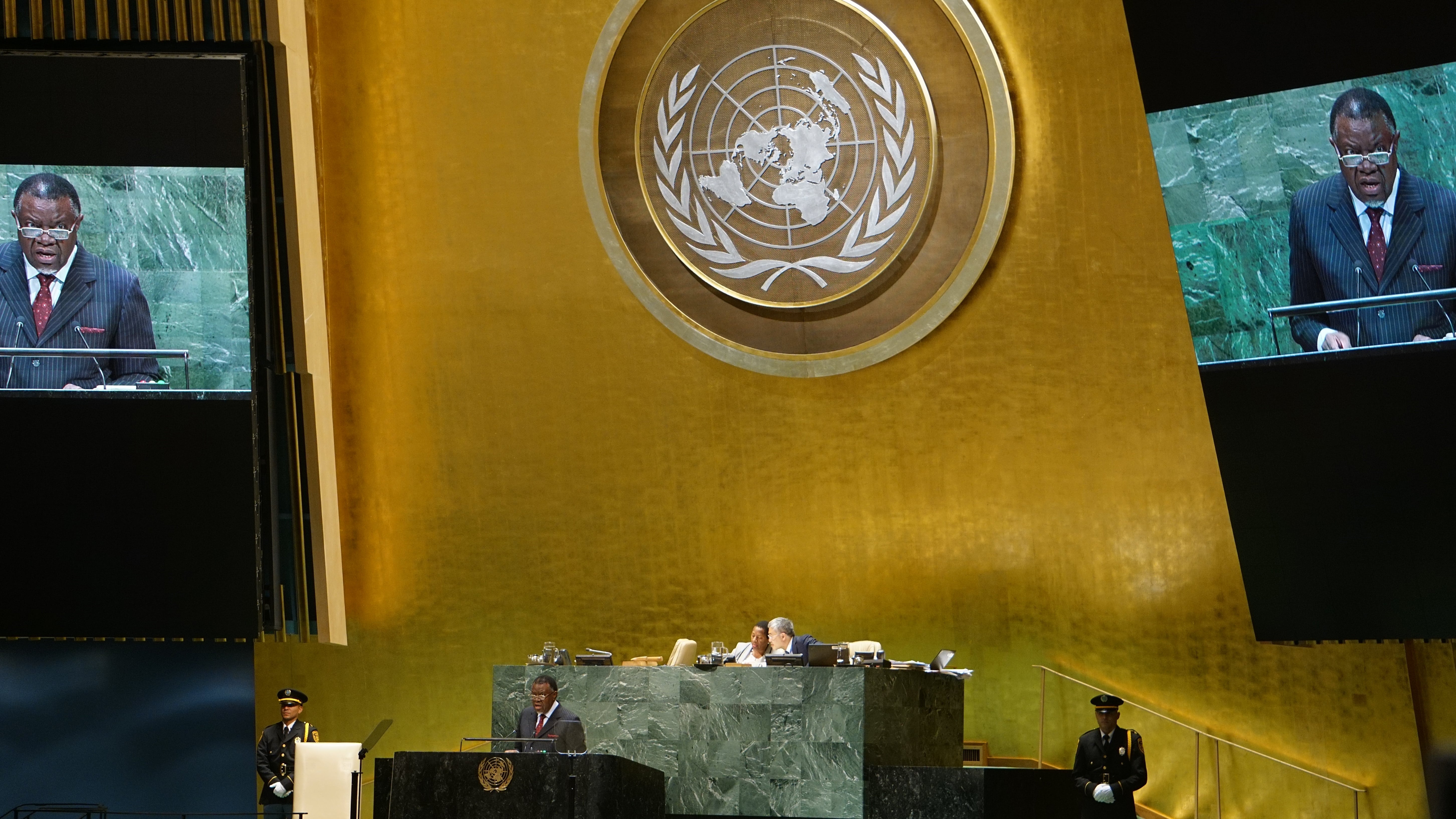 This Wednesday in his speech before the 74th General Assembly of the United Nations, the President of the Republic of Namibia, Hage Gottfried Geingob, communicated his solidarity to the Venezuelan government and people who are victims of continued aggressions by the United States and at the same time, he praised the existing dialogue efforts to peacefully resolve the political and economic conflicts in the South American country.

The relations of brotherhood and cooperation between Venezuela and Namibia date back to 1993, but since the arrival of the Bolivarian Revolution both countries have signed important economic and commercial exchange agreements.

Last March, during a work tour undertaken through the African continent, the Foreign Minister of the Bolivarian Republic of Venezuela, Jorge Arreaza, extended his thanks to the head of Namibio State and the Southern African Development Community (Sadc) for their support to peace, to international law and to President Nicolás Maduro.

The 74th edition of the General Assembly contemplates the presence of 97 presidents and 46 Heads of Government. The debate scheduled in its high-level section is the space where the largest number of world leaders coincide.