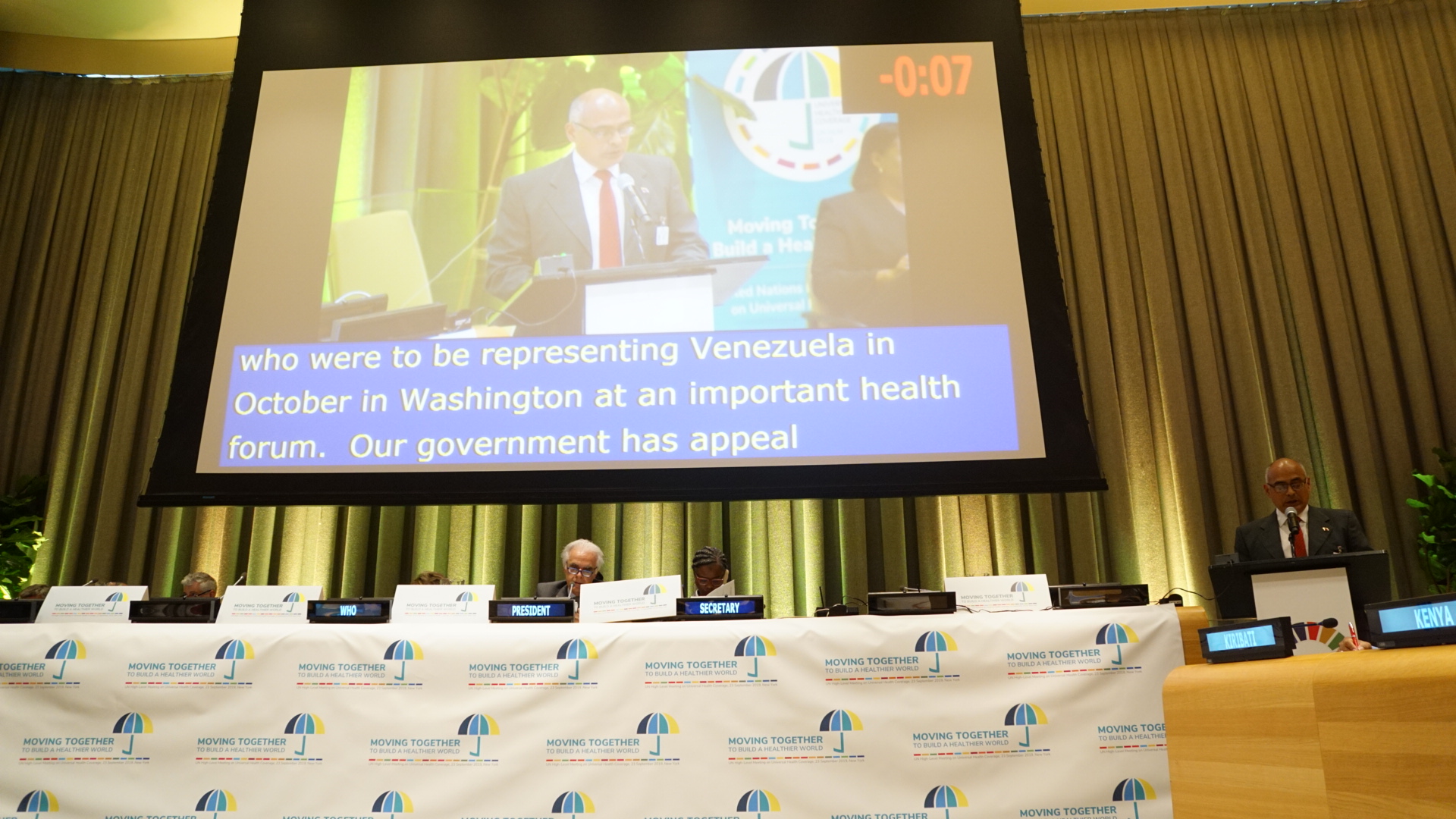 During his participation in the high-level meeting on Universal Health Coverage, the People’s Power Minister for Health, Carlos Alvarado, urged UN member countries to join forces to demand the immediate cessation of unilateral coercive measures that undermine the Venezuelan public health system by preventing the acquisition of medicines, vaccines, treatments and surgical supplies.

“The serious violation of human rights and, in particular, the right to health of the Venezuelan population by the government of the United States and other countries that comply with its mandate has been denounced in different international forums (…) To continue advancing in the construction of the national public health system, the effective fulfillment of the SDG and guaranteeing the right to health in Venezuela it is important that we join forces to reject the imposition of these measures”, said the Minister of Health.

He explained that the Venezuelan government has resorted to allied countries that are not afraid of the blockade such as Cuba, China and Russia; and also to the support of the United Nations to lessen the impact of the economic war. “In the same way we have coordinated with international organizations for the reception of humanitarian technical assistance”.

He also reported that for 20 years in Venezuela a universal health system has been built under the principles of primary care, universality, solidarity, equity, gratuity and social participation; and that these positive results can be seen in the indicators that consistently showed improvement from 1999 to 2014 and 2015, time when the aggressions of the US government intensified.

“Another recent example is the refusal of the US government to grant a visa to attend the meeting of the Directing Council of the Pan American Health Organization that will be held in Washington in October violating the right to participate in this important forum”, he added.