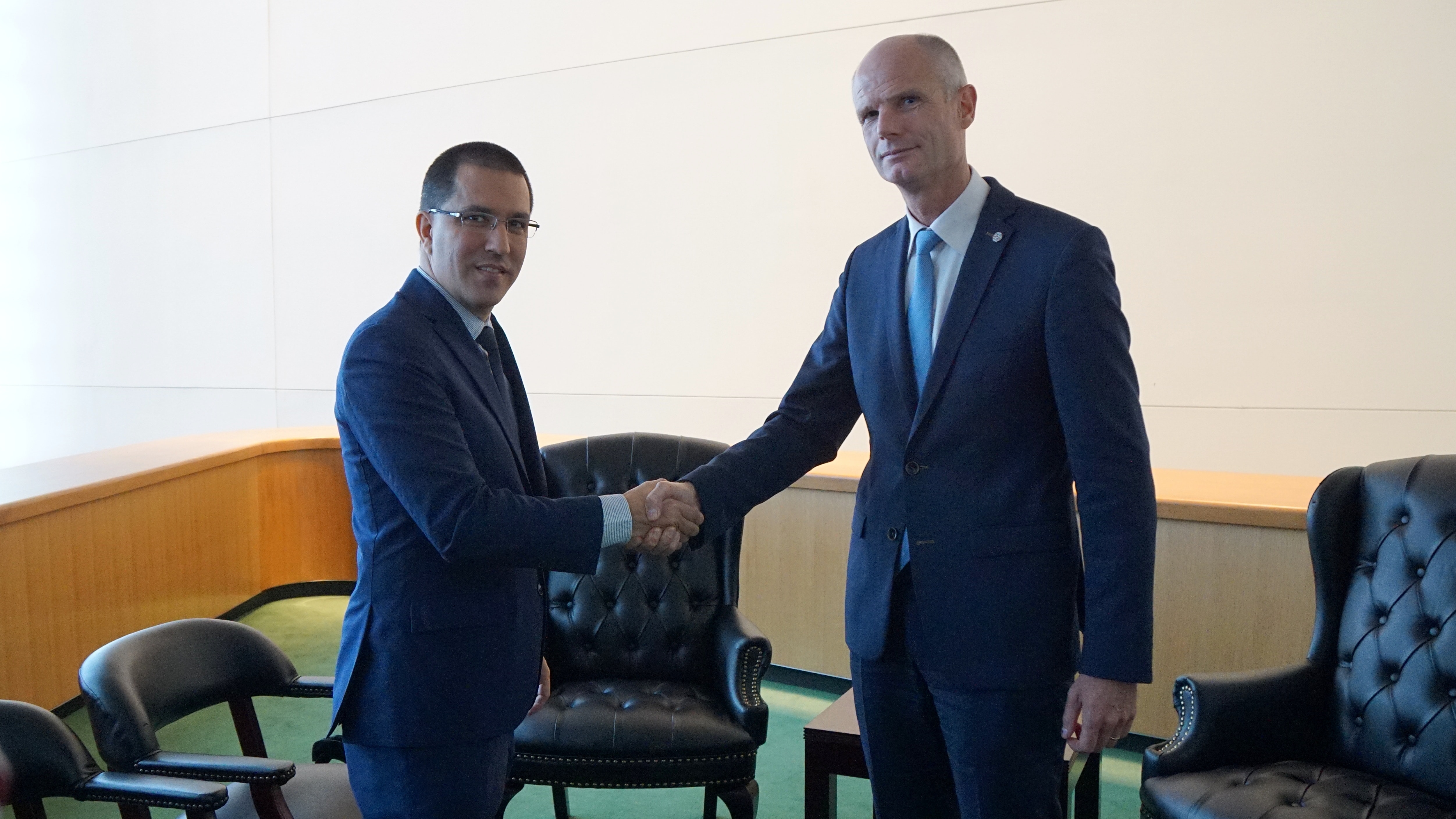 From the headquarters of the United Nations Organization in New York, the Foreign Minister of the Bolivarian Republic of Venezuela, Jorge Arreaza, held a bilateral meeting with his counterpart from the Kingdom of the Netherlands, Stephanus Abraham Blok.

During the meeting framed at the 74th General Assembly of the United Nations, the foreign ministers discussed the bi-national relationship and respect that both countries promote since the gradual restitution of all communication, trade and exchange channels, which had been broken by interference actions.

On that occasion, the Bolivarian Government noted with satisfaction the rectification of the Kingdom of the Netherlands to no longer intervene in the internal affairs of the South American country and to respect Venezuelan sovereignty.