Foreign Minister Arreaza: For 70 years Colombia has been the main threat to regional peace

For seven decades the conflict in the Republic of Colombia has been the main threat to the peace and security of Latin America and the Caribbean, said on Wednesday the Foreign Minister of the Bolivarian Republic of Venezuela, Jorge Arreaza, from the headquarters of the Organization of the United Nations (UN) in New York.

The Venezuelan Foreign Minister replied the unfounded accusations of Colombian President Iván Duque against Caracas, during his “shameful” speech before the General Assembly of the multilateral body at its seventy-fourth session.

The diplomat reiterated that the Colombian government uses Venezuela as a “smoke screen” in an attempt to hide its internal problems, among which the systematic violation of human rights of social leaders and the increase in drug production predominate.

“The agenda of the person who is Foreign Minister of Colombia is Venezuela, but he does not talk with the Foreign Minister of Venezuela”, he insisted and recalled, in that sense, that the Secretary General of the United Nations, António Guterres, urged dialogue at the last juncture which provoked the irritic call to the anachronistic Inter-American Treaty of Reciprocal Assistance (Rio Pact), but Bogotá refused the talks.

“We said let’s talk (…) but they said no, that they have links with the president of Narnia Guaidó [president of parliament in contempt]; it is disrespectful to the United Nations and the Secretary General”.

The People’s Power Minister for Foreign Relations warned that the Rio Pact is a military treaty and is only convened for events of that nature; “The rest makes no sense”.

“We will try to prevent it through the multilateral and understanding path, but if it occurs to them, we would have to respond and we don’t want that to happen; as a legitimate defense we would have to defend our territory, I hope they don’t think about it, hopefully they respect Venezuela and hopefully they respect the peace in both countries”, he said.

The Venezuelan Foreign Minister, however, reaffirmed the willingness of the national government to establish mechanisms for dialogue with Colombia and urged Bogotá to regain syneresis and respect. 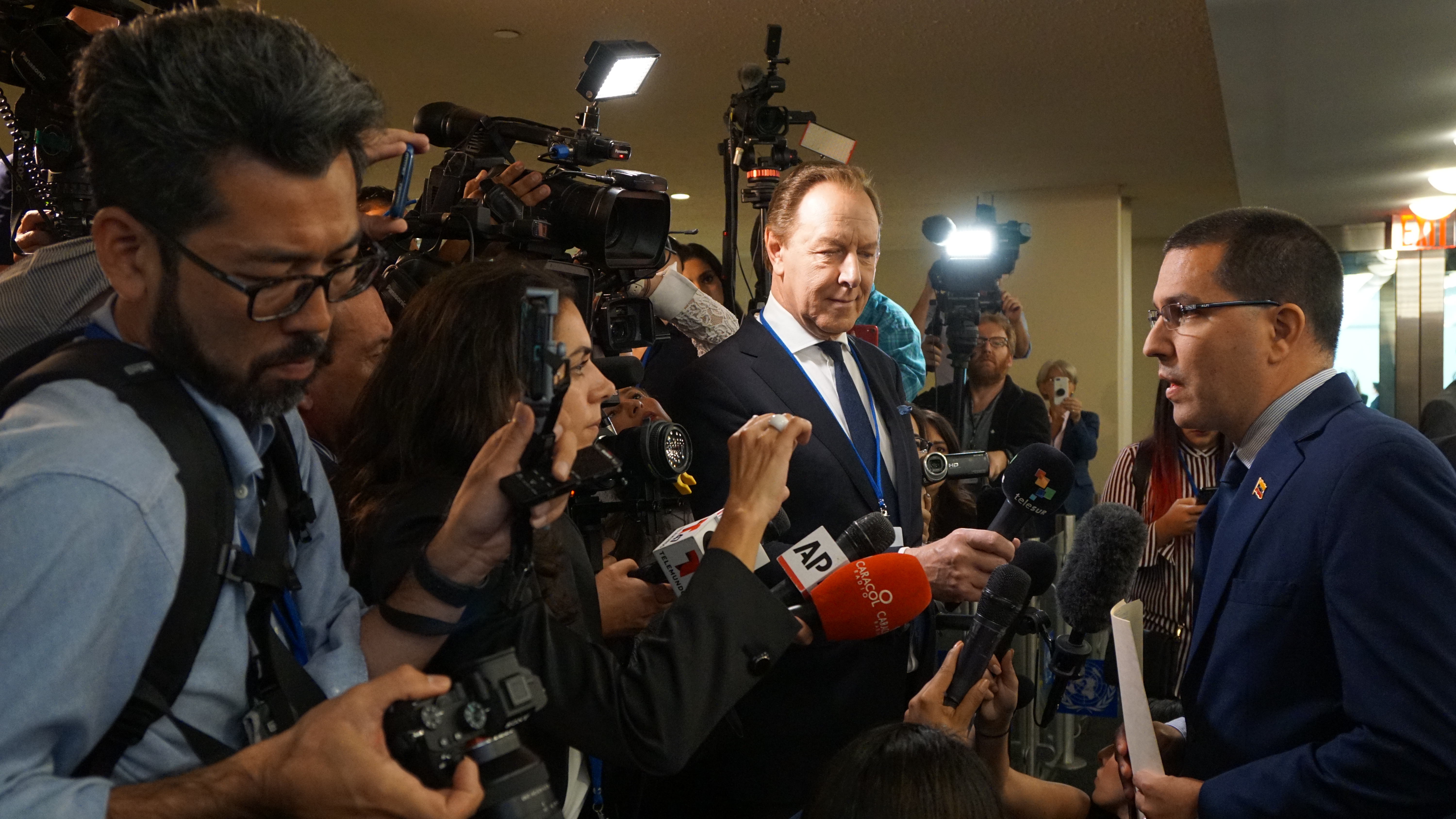