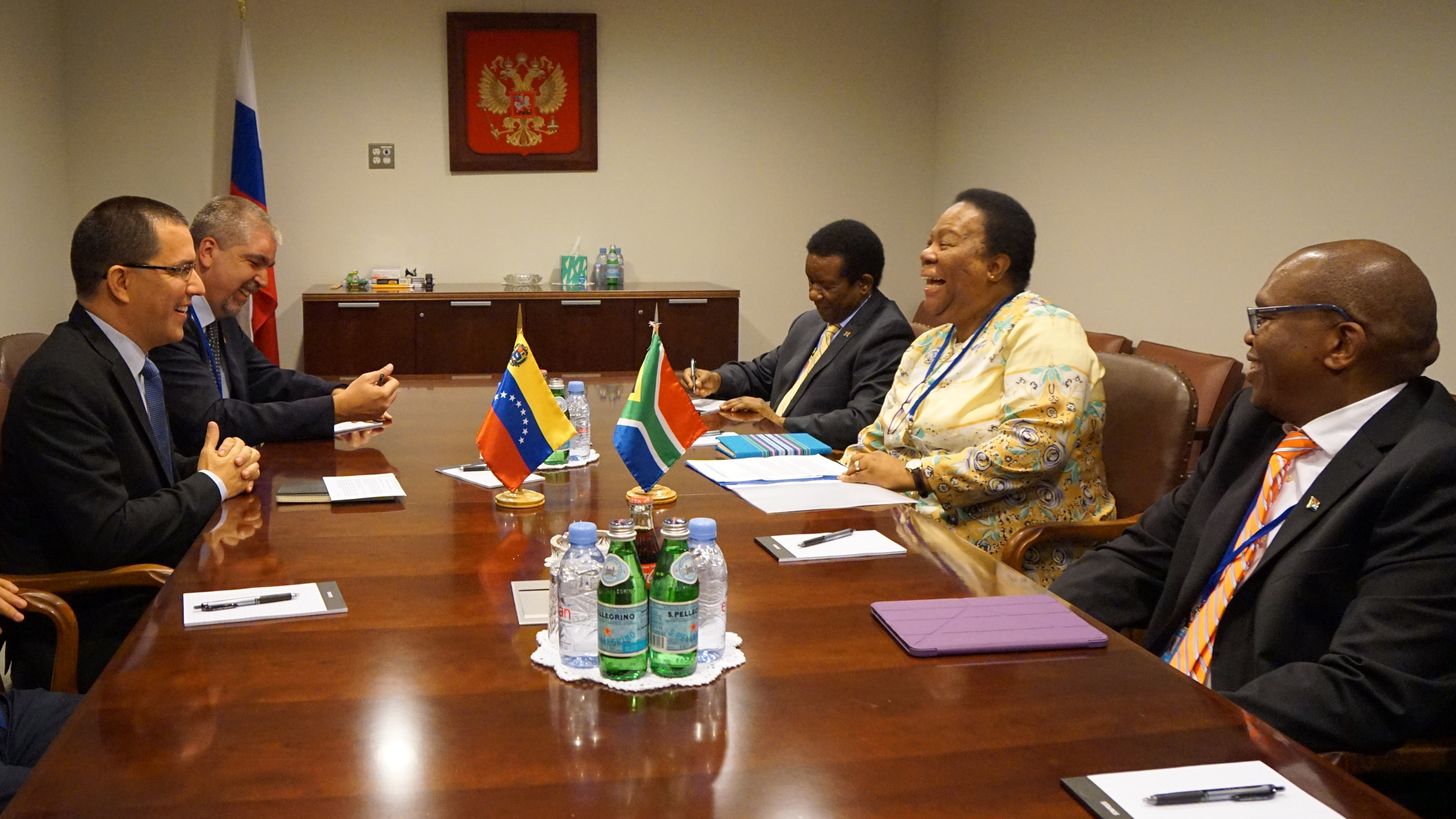 The Foreign Minister of the Bolivarian Republic of Venezuela, Jorge Arreaza, held a high-level meeting on Tuesday with his counterpart from the Republic of South Africa, Grace Naledi Mandisa Pandor, this meeting is part of the 74th session of the General Assembly of the United Nations, which takes place in New York, United States.

Both foreign ministers reviewed joint projects with a view to strengthening ties of friendship and cooperation. The constant exchange of high-level visits and meetings between Venezuela and South Africa ratifies the good bilateral relations that exist between the two nations.

Foreign Minister Arreaza and his South African couple discussed issues related to the relations of cooperation and solidarity that the governments of both nations have maintained since the management of Commander Hugo Chavez, and continue with the mandate of President Nicolás Maduro.

This meeting was also attended by the Vice-minister for Africa of the People’s Power Ministry for Foreign Relations, Yuri Pimentel, who made a working tour in the African continent last August, being his visit to South Africa strategic for bilateral relations between both sister nations.