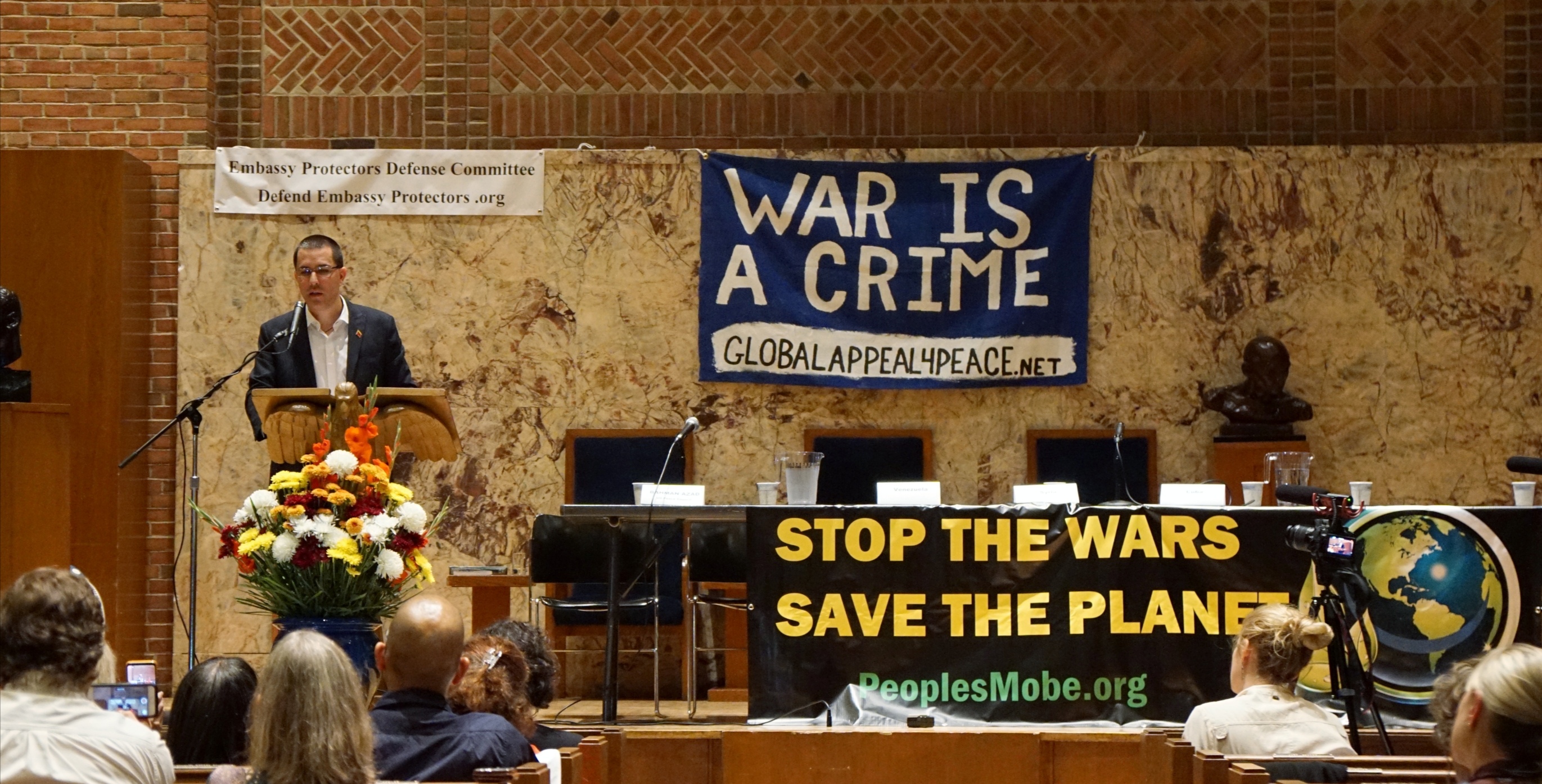 US peace movements spoke on Monday against the unilateral coercive measures that the United States applies to Venezuela.

During the meeting held in New York and called “A path to international peace: realizing the vision of the Charter of the United Nations”, the members raised their voices in support of the Venezuelan people.

The People’s Power Minister for Foreign Relations, Jorge Arreaza, joined the pacifist solidarity meeting in order to condemn the illegal actions of the United States and the suffering it represents for the peoples.

The forum was also attended by members of the protection group of the Venezuelan Embassy of Washington, who in solidarity with the Bolivarian Government and in defense of international law, were responsible for keeping the diplomatic compound safe after the siege of the radical opposition Venezuelan and police officials in past months.

The 74th edition of the UN High-level General Assembly takes place from September 17, while the discussion sessions will take place from September 24 to 30. For the appointment, the presence of 97 presidents and 46 Heads of Government is estimated. The General Assembly is one of the main organs of the United Nations, made up of 193 countries with representation and vote, highlighting that the debate scheduled in its high-level section is the space where the largest number of world leaders coincide.