US policy under the presidency of Donald Trump is not based on patriotism but on “exceptional Americanism” and the Monroe Doctrine that has been “hovering” for centuries. The Foreign Minister of the Bolivarian Republic of Venezuela, Jorge Arreaza, warned on Tuesday.

“It is no patriotism (…) They do not believe in the equality of the States, they do not believe in the sovereignty of the people, what they want is to attack but we gave them the answer we had to give them: Bolivar from the heart”, he said in press statements, referring to the moment when a Venezuelan diplomat read a book by Liberator Simón Bolívar while President Trump gave his speech at the United Nations General Assembly.

In this context, he denounced the actions undertaken by the White House to avoid the presence of the Venezuelan delegation at the seventy-fourth session of the UN General Assembly.

“Here is the delegation of President Nicolás Maduro. What didn’t they do this year to prevent the government of President Maduro from being here? There is a coup d’etat underway and a parallel, ghost government, which is going around the United Nations, nobody invited them; but they are accredited in missions of other countries, an absurd thing, it is the most absolute despair”, he stressed.

On the other hand, the Venezuelan Foreign Minister questioned the relevance of the US territory hosting the headquarters of the United Nations because of the arbitrariness and limitations imposed by the government of that country to some of the diplomatic missions accredited before the main forum for world politics consultation.

In rejecting President Donald Trump’s remarks regarding Venezuela during his speech at the UN General Assembly, the diplomat denounced that the United States government disrespects the sovereignty of countries and international law.

President Trump said in his speech, even, that his country “has large amounts of humanitarian aid that are waiting to be delivered” to Venezuela and that “closely observe” the current situation in the oil nation.

Foreign Minister Arreaza dismissed this comment recalling that on February 23, attempts were made to force the entry of alleged humanitarian aid into Venezuelan territory through Colombia, in a maneuver that the national government had denounced as a facade to military intervene in the country.

“That was neither help nor much less humanitarian … They are not really interested in humanitarian affairs in Venezuela, it is false”, he said.

Relations between Russia and Venezuela are enhanced

In other matters, Foreign Minister Arreaza announced the strengthening of relations between Venezuela and the Russian Federation, in the framework of a State visit by Venezuelan President Nicolás Maduro to Moscow.

“We are achieving important cooperation agreements, a cooperation that thanks to the aggression of the United States this year has been strengthened, we have unified much more not only in the political, but in the economic, commercial, in the mining area, in the energy area, in many areas; This world is multipolar, it is not dominated by a capitalist, arrogant and supremacist pole like that of Donald Trump. This world is balancing from what Simón Bolívar called the balance of the universe”, he said. 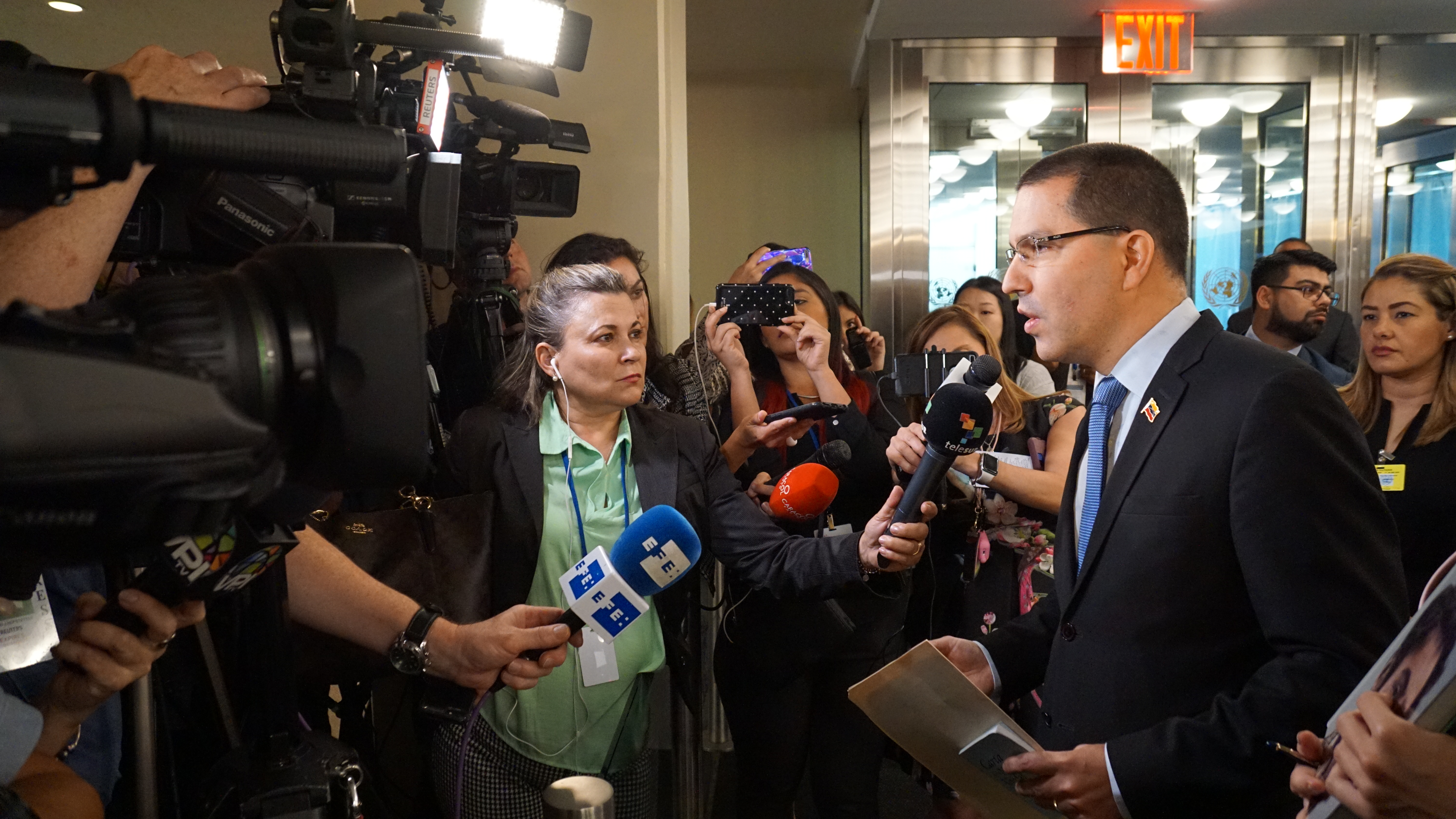