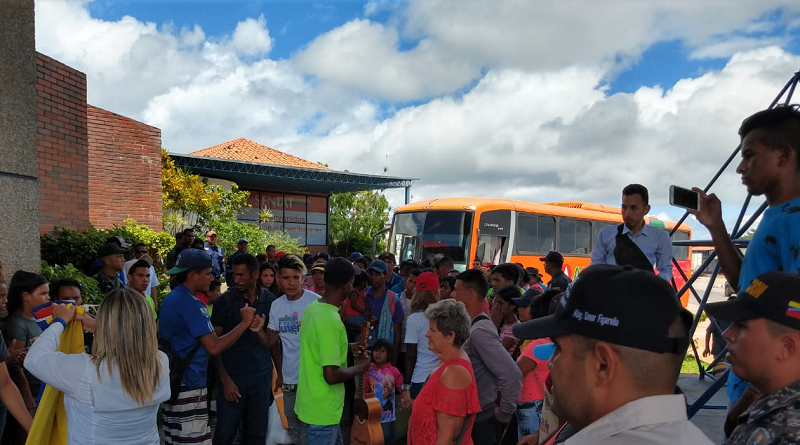 The municipality ´Pedro Padre Chien´ located in the state of Bolívar will confer on September 27 a special recognition to the second consul of Venezuela in Boa Vista, Erick Gana, for his outstanding participation in the mass repatriation days of the Plan Vuelta a la Patria from Brazil in 2018.

Consul Erick Gana – who at that time only coordinated the Bolivarian Movement Patria Grande – cooperated in a selfless and immediate way with the Venezuelan government, when the harassment, violence and xenophobic demonstrations began towards the nationals established in the border town of Pacaraima.

To guarantee the well-being of everyone, on that occasion more than 2,000 Venezuelans were repatriated by land. The majority of these nationals came from the ´Pedro Padre Chien´ municipality.

Due to his voluntary and militant work, Erick Gana was subsequently appointed second consul of the Bolivarian Republic of Venezuela in Boa Vista.

The protocol ceremony will be held at the Plaza Bolívar in El Palmar, on the occasion of the commemoration of the 273rd anniversary of the founding of this city and the celebration of San Miguel de Arcángel Day.