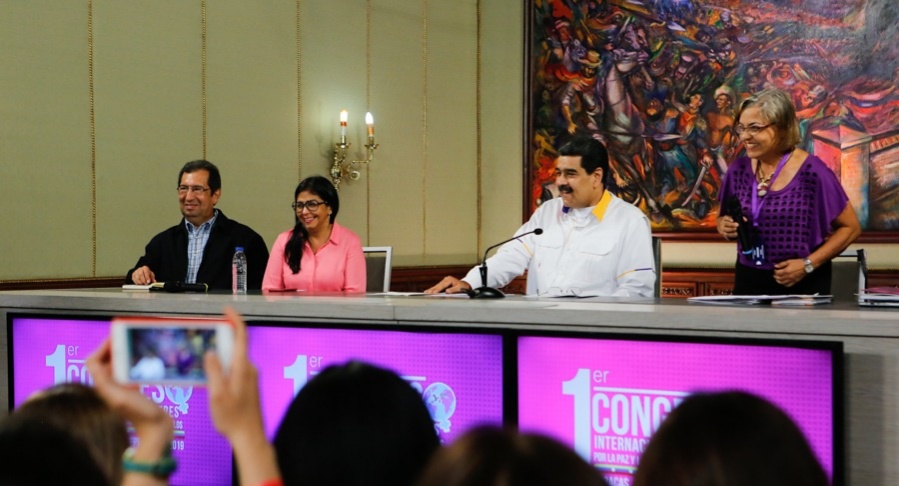 This Friday the constitutional president of the Bolivarian Republic of Venezuela, Nicolás Maduro Moros, met with delegates of the First International Women’s Congress for Peace and Solidarity among the Peoples, in the Boyacá Hall of the Miraflores Palace.

This Congress was installed in the morning of this Friday at the Hotel Alba Caracas, and it’s part of the agreements signed in the Forum of Sao Paulo, for the integration of the peoples, in which more than 700 national and international delegates participate from 61 countries.

Among the objectives to be discussed during the international women’s meeting are: the impact of neoliberal capitalism on women and their struggle for a new model of coexistence, peace and social justice and the preeminence of Human Rights, decolonization as process and the fight against patriarchy, capitalism and racism as the way to achieve true emancipation among other issues.

The conclusions and final proposals gathered during the working tables as well as the declarations of solidarity of the delegates in solidarity and support to Venezuela and the revolutionary process are expected to be presented tomorrow.