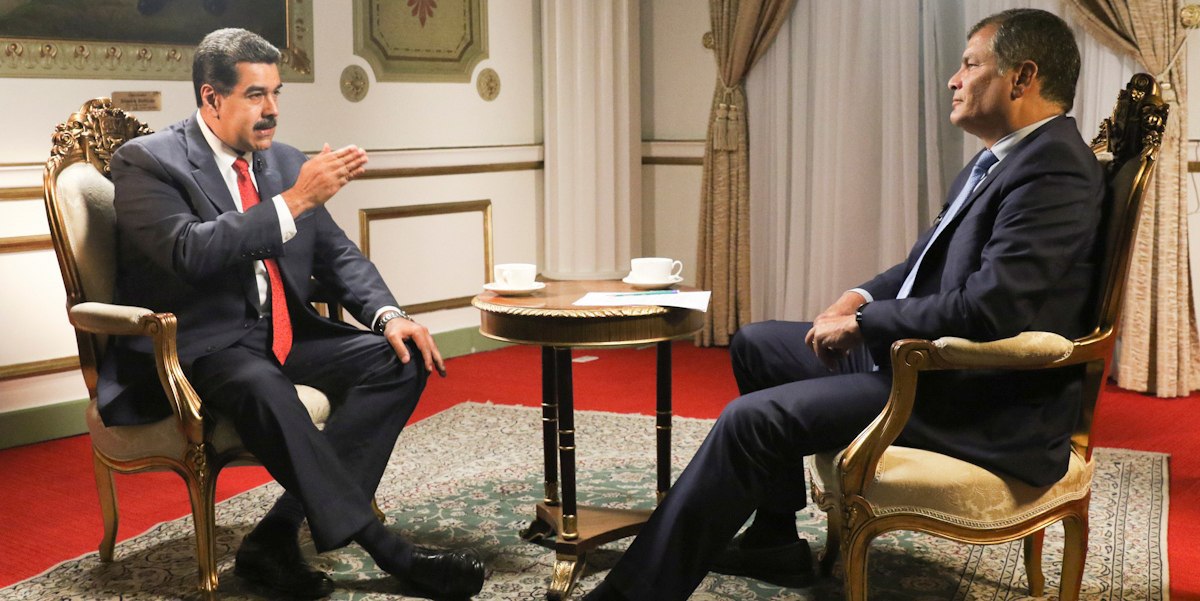 “Donald Trump has a special hatred against the Venezuelan people, against the history of Venezuela. I compare that hatred to the era of Adolf Hitler and the vision he imposed against the Jews”, sentenced the Head of State, Nicolás Maduro, in an interview with the Conversing with Correa program, broadcast by RT.

He indicated that the situation experienced by the South American nation because of unilateral coercive sanctions is unprecedented, given that even in the time of Saddam Hussein, the acquisition of food and medicine was not restricted to Iraq.

In the dialogue, which was moderated by the Ecuadorian politician and economist, Rafael Correa, stressed that Venezuela has high levels of patriotism, morals and will to successfully overcome the difficulties posed by the illegal maneuvers exercised by the US administration.

In this regard, he pointed out that the strategies established in the Economic Recovery, Growth and Prosperity Plan, together with the social protection model, will result in a sustainable model to meet the needs of Venezuelans.

“In the medium term (we will have) a harmonious and sustainable recovery in the effort and wealth of Venezuela”, he said.

The Dignitary recalled that the Bolivarian nation has a schooling rate of over 90% in the levels of initial, basic, secondary and university education; as well as construction records of more than 2 million 700 thousand buildings through the Great Housing Mission Venezuela (GMVV).

Similarly, he highlighted the periodic allocation of economic benefits in the Carnet de la Patria, a protection mechanism that favors more than 6 million families in the country.