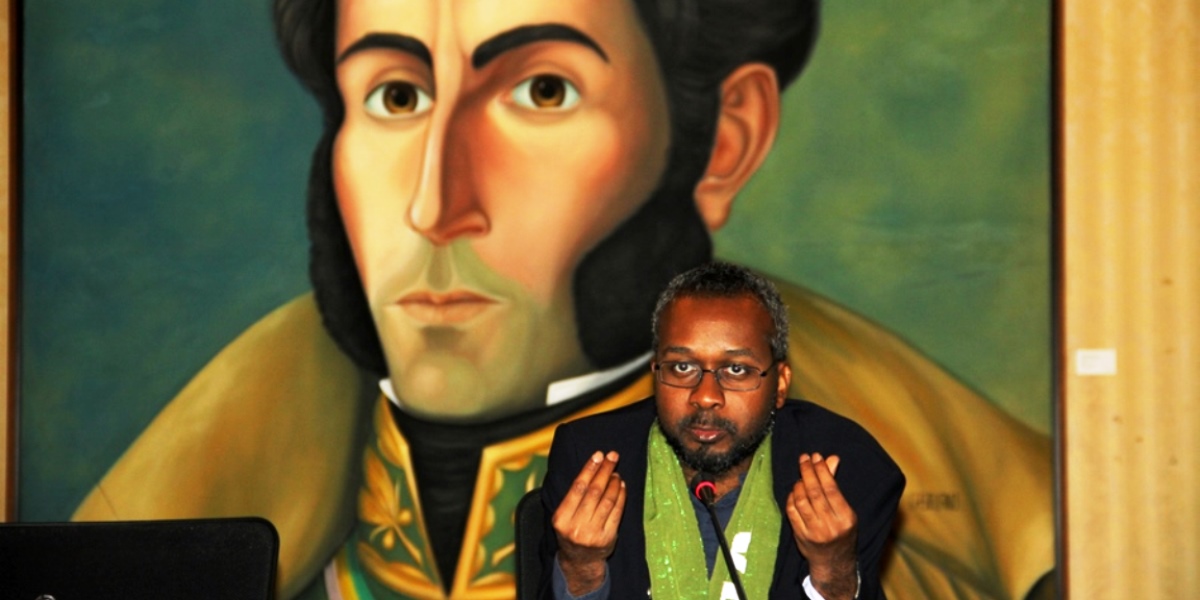 Amzat Boukari: History of resistance of victims must be included in the slavery reparations approach

On the second day of the fifth module of the Seminar on Reparations of Slavery and Colonization, organized by the Venezuelan Foreign Ministry; The original historian from Benin, Amzat Boukari-Yabara, said Tuesday that the approach to the issue should include the history of resistance that the victims opposed, and that it is not about begging but about demanding justice, that impunity ceases, that there be a reconciliation, “forgive without forgetting the past”.

From the Sucre room of Casa Amarilla, in Caracas, the African academic talked about several authors who have investigated the issue of repairs and the different edges that make up such a complex and controversial issue.

He indicated that, first of all, the historical truth about the crimes involved in the slavery of Africans must be fully disclosed, especially in order to be able to specify the magnitude of the reparations.

“If there is no reparation, then the culture of impunity is maintained”, over the resentment of the oppressed, which – in Boukari’s opinion – is what makes violence and racial conflicts to persist in the United States.

The historian mentioned the examples of colonization, slavery and even genocide that hurted countries in the past such as Haiti, South Africa, Rwanda, Nigeria and Libya.

He pointed out that in no way can a reparations policy that minimizes or degrades the dignity of the victim be accepted.

Likewise, he stressed that in the analysis and decision-making on the subject, it should be considered that there is a historical continuity of crime, that overlapping forms of slavery continue to occur in the context of the capitalist system.

On the economic side, Amzat Boukari-Yabara delved into different elements that must be taken into account for the analysis of reparations, such as determining the responsibility of Western companies and economic actors who amassed their fortune based on the slavery of African populations

He argued that a point that negatively affects the progress of reparations is that they imply a counterhistory of capitalism, which makes it difficult to rebuild a historical truth.

He commented that there are practices of neo-colonialism and economic terrorism, and blackmail, which denote the existence of an old problem that continues to add victims.

He also said that on the subject of repairs, he has always difficulty in obtaining valid interlocutors in the West to address it, since they usually leave the chair empty or boycott the activity in which they discuss the matter. He said that since it is a political issue, it is necessary that mayors, senators and other leaders of this area, be spokespersons for it, and promote the search for solutions.

At Boukari-Yabara’s discretion, it is necessary to decolonize the entire current hegemonic structure to analyze the issue from another perspective, which includes rethinking African law, the justice system, development economics, the methodology of political, social and economic sciences.

The Seminar on Reparations of Slavery and Colonization takes place in the context of the Decade of People of African Descent (2015-2025), whose agenda, in May last year, was held in Venezuela at the I International Conference on Reparations, in which President Nicolás Maduro expressly instructed that this issue, along with others linked to Afrodescendence, be addressed on an ongoing basis.