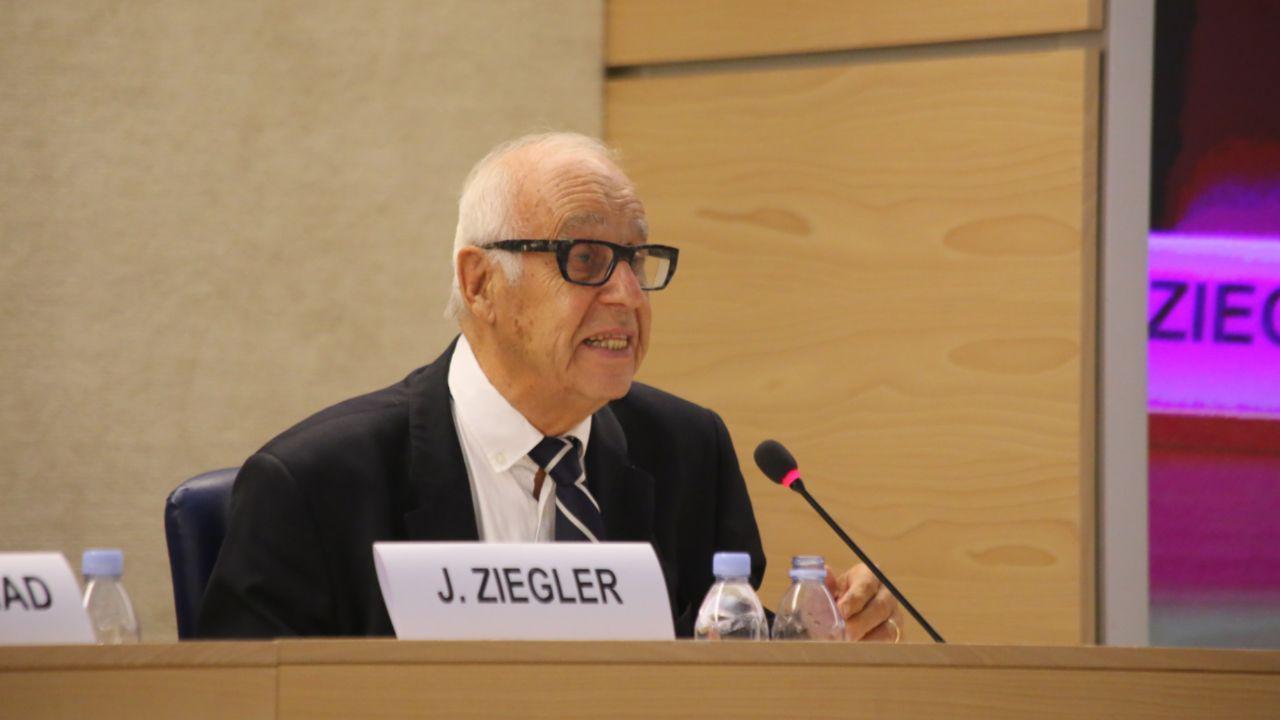 Experts and representatives of Member States and Non-Governmental Organizations (NGOs) agreed on Thursday to reject the application of unilateral coercive measures from one country to another, due to their clear violation of international law and the Charter of the United Nations, while supporting the initiative to develop a proposal for an universal declaration by the UN on the negative effects of these interventionist actions.

The positions were presented during the Biennial Panel on Unilateral Coercive Measures and Human Rights, within the framework of the 42nd session of the UN Human Rights Council, which meets in Geneva, Switzerland.

The renowned sociologist, economist and special ex-rapporteur of the UN for Food, Jean Ziegler, said that “unilateral coercive measures kill, violate the economic, social, cultural and political rights of the population”.

He noted that as a result of these measures, in addition to other factors, since 2017 hunger has increased in the world: “871 million people are severely and permanently undernourished, consume less than 2,200 calories (…) Sanctions contribute to increase the daily slaughter that is hunger”.

In reference to the Venezuelan case, whose people and government are victims of a criminal economic, commercial and financial blockade imposed by the US administration of Donald Trump; Ziegler stressed that its economy is being destroyed, “if GDP falls, the state lacks the possibility of importing enough food for the population and even if it had the money, it cannot pay, because it has been excluded from international payment mechanisms”.

The representative of Angola also stated that the African Group reiterates that these practices are contrary to international law, international human rights law, the UN Charter and the principles governing peaceful relations between States, in addition to the law of the peoples to self-determination, so they urge states not to approve such measures.

He said that these debates are “a good way to end up getting a UN Declaration on the negative effects of unilateral coercive measures”.

The delegate of the Russian Federation, in his speech, emphasized that his country “does not consider acceptable” the application of unilateral coercive measures to pressure countries and their villages, because “they violate the fundamental rights, freedoms and the recognized norms of international law . Experience has shown that they are not effective and there is a risk of aggravating clashes between states”.

He said that they constitute an extreme measure only applicable with the endorsement of the UN Security Council to eliminate a real threat against international peace and security. “The initiative to develop a draft UN declaration on the negative effects of unilateral coercive measures in the exercise of human rights, including the right to development, deserves our attention”, he said.

Similarly, the representative of Malaysia advocated for the cessation of these practices , “States must resolve their disputes in a friendly manner, through dialogue and negotiation”.

The spokesman of Iraq, a country victim of this type of actions for more than 12 years, stressed that they categorically reject “any form of sanction or measure of coercion, since these do not generate more than negative effects for the most vulnerable and give rise to more human rights violations, including the right to dignity and life. We support the Special Rapporteur’s call to prepare an universal declaration on the negative effects of these measures”.

Sudan considered that the imposition of unilateral coercive measures goes against the UN Charter and that experience has indicated that they harm citizens, their families, daily life, health, food, among other essential services. “My country asks the international community to ensure that there is a system to prevent these actions and that countries cannot practice them against others”, he added.

In the same direction, the delegate of Belarus rejected these actions because they violate international law, international humanitarian law, the UN Charter and the norms and principles governing peaceful relations between States. “Unilateral coercive measures have a direct and indirect impact on millions of lives”, he warned.

Other member countries that condemned the application of unilateral pressure actions from one country to another were the Democratic People’s Republic of Korea, Iran and Palestine, as well as representatives of the NGO Center for Youth Studies and the International Human Rights Association American Minorities.