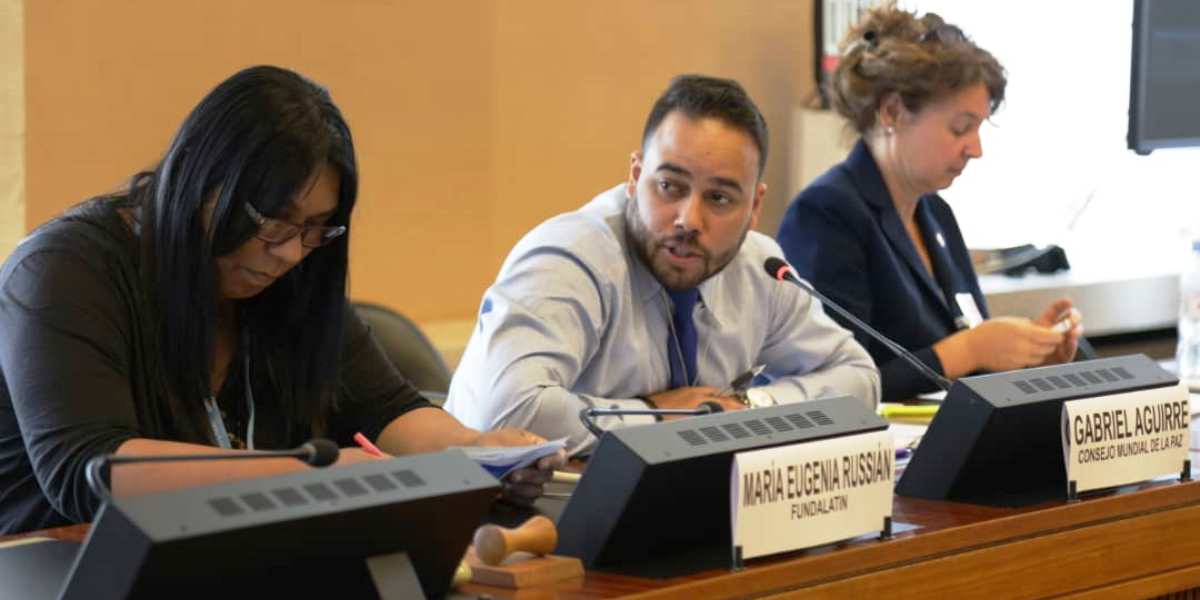 NGOs consider unnecessary to create a commission of inquiry for Venezuela

“Creating a commission of inquiry for Venezuela far from helping, will hamper the work” carried out in the country by the Office of the United Nations High Commissioner for Human Rights, warned on Wednesday the Secretary General of the International Solidarity Committee (COSI), Gabriel Aguirre, during his speech in an interactive dialogue framed in the 42nd Session of the Human Rights Council of the United Nations (UN).

“In the case of Venezuela specifically, if the national authorities and the justice system, since the visit of the United Nations High Commissioner for Human Rights, Michelle Bachelet, have had the will to address each case with concrete answers, far from helping, this creation will hamper the work” said the Secretary General of the COSI.

In the same way, he explained that the creation of a commission of inquiry, after the close visit of the High Commissioner for Human Rights, would be leaving a clear message of their distrust on the work carried out by this Office, since “it has not given the results as required”.

“We think that it is a matter of trust and understanding of the dynamics existing in each country, the objective and subjective political conditions that exist in each situation, to correctly address them, it’s not enough to consider that this is the best way to solve the problem in Venezuela, it is necessary to understand the national internal dynamics, to be able to make the proposals from the inside and, consequently, these proposals will be accompanied by the international community, and then generate the best political and technical balance based on the human rights of our nation”, Said Aguirre.

In the interactive dialogue, the president of the Latin American Foundation for Human Rights and Social Development (Fundalatin), María Eugenia Russián, said that “we have accompanied the victims of political violence as on the situation of the guarimbas and we had the opportunity to bring them to the Office of the High Commissioner so they could give their own testimonies. We believe that we cannot turn NGOs into partisan organizations, rather than organizations that accompany the population, accompany the victims, accompany the families of victims and work to find spaces to contribute more and more for peace”.

Finally, Natali Benelli, a member of the World Peace Council, said that with the arrival of Commander Hugo Chávez and the creation of a new Constitution in Venezuela, established “the basis for a decent life for every woman, boy, girl, teenager and man, a right that were denied to millions of Venezuelans until the late 90s”.