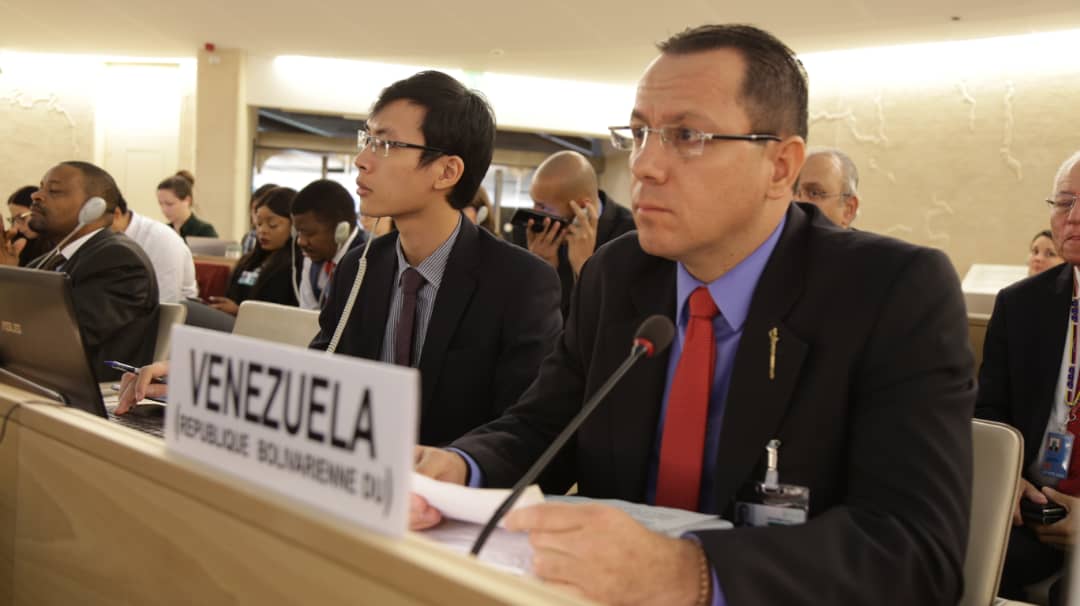 On Tuesday, the Vice-minister for Multilateral Issues of the People’s Power for Foreign Relations, Alexander Yánez, on behalf of the Bolivarian Government ratified his unrestricted support to the Republic of Nicaragua after the United Nations High Commissioner for Human Rights (UN), Michelle Bachelet, presented a report devoid of objectivity and impartiality about the reality in the Central American country.

The statements were made within the framework of the 42nd Session of the Human Rights Council of the international organization, in Geneva.

In this regard, the Venezuelan diplomat said that Nicaragua is an emblem of peace and democracy in Central America and the world; He added that President Daniel Ortega has shown that social justice is possible even suffering the consequences of a dictatorship such as that of Anastasio Somoza and the foreign domination of an interventionist and neo-colonialist power”.

He noted that despite attempts by undemocratic, violent and terrorist sectors “This country has managed to maintain peace, strengthen democracy and continue on the path to social justice and economic growth (…) Tourism has increased and citizen security has been strengthened, it is the safest country in Central America and the fifth country in the world in gender equality”.

The Vice-minister of Foreign Affairs of Nicaragua, Valdrack Jaentschke, questioned the lack of methodological rigor in the preparation of the report, which minimizes criminal actions tending to break the constitutional order and qualifies them as peaceful protests.

“They repeat, without verifying, false news against the State of Nicaragua, such as the alleged disproportionate use of force, extrajudicial executions, torture and violations in detention centers, among others. Which is not true”, Jaentschke rejected.

Regarding these events, the Nicaraguan diplomat stressed that the document deliberately omits information on acts of terrorism, murders, torture, kidnappings, robberies, fires, extortion and other actions of organized crime with the use of weapons of all kinds – including weapons of war – perpetrated by the “peaceful protesters”.

He added that “subjective claims are also made without any basis, by attempting to question the independence, legitimacy and legality of the Legislative Power, elected by universal suffrage” to try to detract from its constitutional authority in matters of law approval.