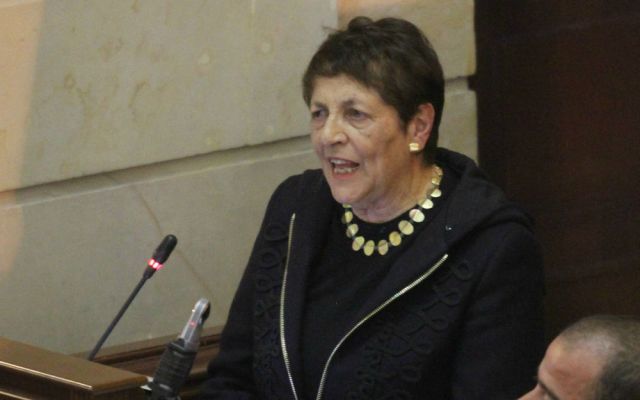 The writer and political activist Gloria Gaitán, daughter of Colombian leader Jorge Eliécer Gaitán, expressed through an open letter to the president of the Bolivarian Republic of Venezuela, Nicolás Maduro Moros, her most sincere thanks for exalting the memory of her father who fought for the people and democracy of the Republic of Colombia.

I listened to your speech last night at the opening ceremony of the Bolivarian Military University of Venezuela.

I want to thank you that, in your speech, you would have shared the historical memory of Gaitanism, which puts the beginning of the conflict in Colombia in 70 years, which began when the Santander oligarchy, through violence, unleashed the genocide of the Gaitan Movement, which included the murder of its maximum leader, my father, Jorge Eliécer Gaitán in 1948.

With his words, he transmitted faith and self-esteem to the Venezuelan people. Hopefully someone in Colombia transmits to this martyred people, the certainty in victory, a factor that is required to achieve a definitive change in the prevailing political system.

It is well known that the Colombian government did not seek peace in Havana but defeat, demobilization and disarmament of the guerrillas, deceiving them as they have been doing since the first peace agreement in 1953. Thus, in the negotiation process in Havana a myth was created about an illusory peace that, as I have lived close to the conflict these 70 years, with hollow and fake peace scenarios, made me suspect that there would be a return to arms and that loans to this peace without peace would make the rebellion lack of support in public opinion, unlike previous stages.

He also said, referring to the guerrilla that it was insurrected in 1949, in reaction to the murder of my father: “If I had any authority that I could summon to submit a recommendation to the guerrilla commanders, I would dare to suggest them not to run light from the heart to withdraw themselves from the positions they took in the first months of the year, regarding a possible arrangement with the government to accelerate the end of their subversive activities. I would allow myself to tell them shyly: ‘Do not make such a mistake. You must insist on obtaining guarantees to lay down your weapons’ … ”

I hope that these reflections of mine, the result of the experience and the study of the Colombian past, serve to prevent using the Colombian conflict to attack Venezuela, because it was not this brother country the one who gave rise to the conflict in Colombia, nor is it responsible for the current twisted maneuvers of the Colombian oligarchy. Only those who benefit from it want war to seize natural resources, so precious to developed countries.

If the Colombian government decides to lash out against Venezuela, starting a war between brothers, it would do so against the humanistic interests of Colombians and Venezuelans.

With a greeting of respect and recognition to your position as constitutional president of Venezuela, I subscribe to you carefully,