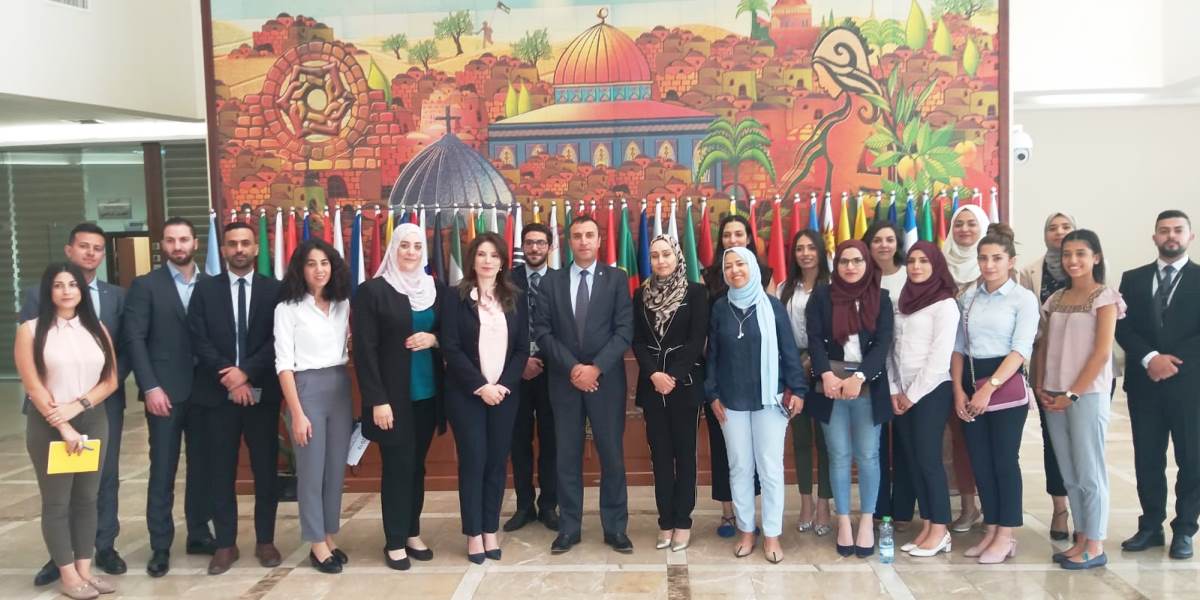 In this regard, First Counselor Rula J. Mhaissen, director of the Program of Diplomats in Practices, stressed the importance of knowing the details of the historical relations between the Palestinian and Venezuelan people, nations united thanks to the great figure of the eternal commander Hugo Chavez and continue with the President of the Bolivarian Republic, Nicolás Maduro

He thanked the Venezuelan ambassador for agreeing to participate in the program and instruct the Palestinian diplomats, who consider Venezuela as a friend and brother country.

Also, Ambassador Maher Taha began the master class by making a historical review of bilateral relations to the present, emphasizing cooperation projects. Subsequently, he delved into Venezuela’s foreign policy, highlighting the current country situation, due to the US blockade.

The class ended with a question time in which diplomats were interested in the political expectations of the Bolivarian nation, in relation to the economic, financial and commercial blockade imposed by the United States government.