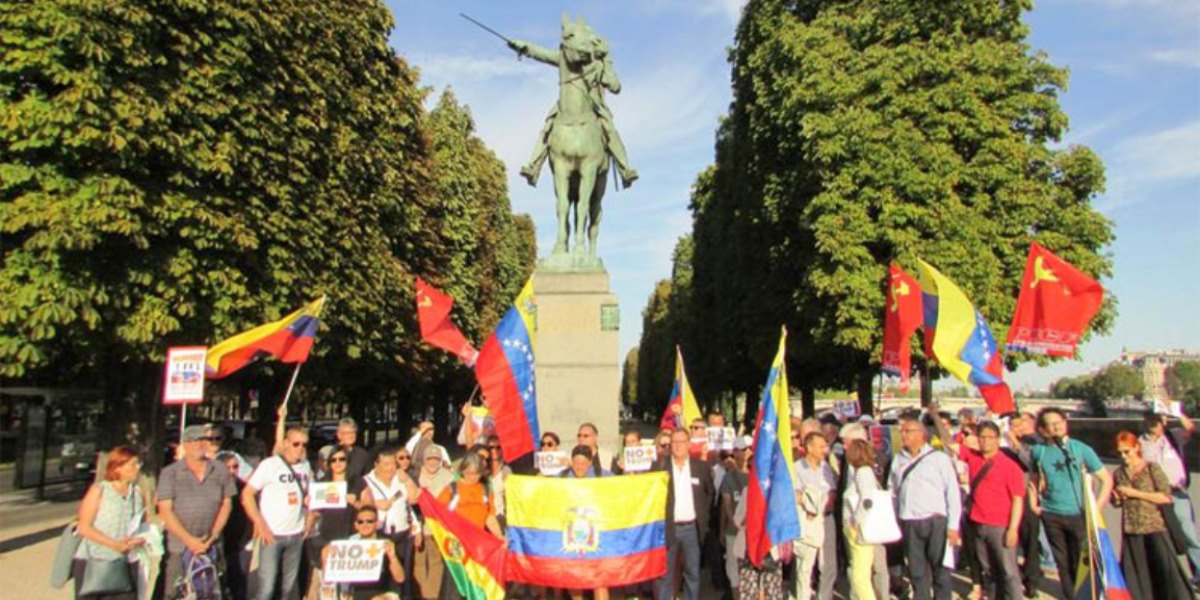 Members of political and solidarity organizations expressed this Friday, in Paris, France, the rejection of the economic, financial and commercial blockade imposed by the United States government against the people of Venezuela, which they described as criminal and illegal.

Dozens of French and foreigners residing or working in this European country concentrated in front of the statue of El Libertador Simón Bolívar, located a few meters from the central Alexandre III bridge, to demand that the US president, Donald Trump, cease the attacks on the South American country.

Flags, banners and slogans of “No Trump” and “Uh Ah Nicolás (Maduro) does not leave” marked the act of about an hour of duration.

The Venezuelan ambassador to Paris, Michel Mujica, recalled that Washington ignores international law and multilateralism with its hostility.

“We face unilateral coercive measures that constitute blackmail and a beat to our people, and also to other nations, such as France itself, which the United States prevents, with its extraterritorial stance, from doing business and denies their right to trade”, he denounced.

The mobilization marked the end of three weeks of collecting signatures in support of a letter that will be sent to the UN Secretary General, António Guterres, in demand for actions against the intention of the White House to starve Venezuelans to impose in Caracas a regime change.

Mujica said at the event that the Bolivarian Revolution and its people will resist the aggression and that they count on the solidarity and peace-loving people of France and the world to do so.

For his part, Tristan Burut said, in the name of communist youth, the repudiation to US imperialism and support for the Bolivarian Revolution and President Nicolás Maduro.