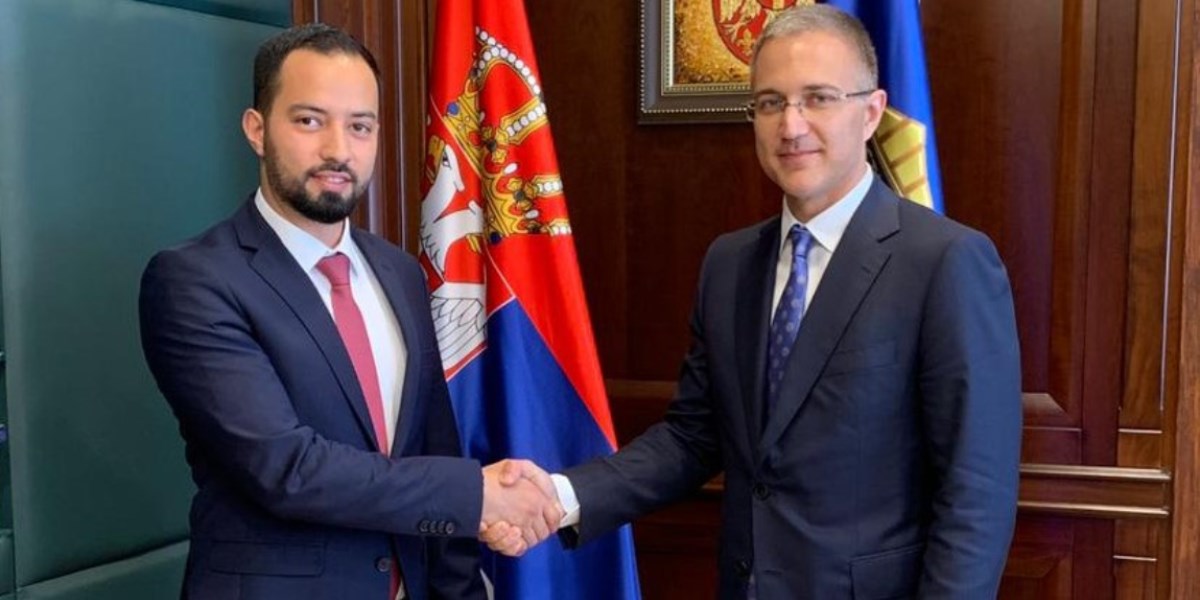 The Ambassador of the Bolivarian Republic of Venezuela in Serbia, Dimas Jesús Alvarenga Guerra, was received by the Deputy Prime Minister and Minister of Interior of this country, Nebojsa Stefanovic, who expressed his Government’s recognition of Venezuela’s firm position on the matter of the unilaterally proclaimed independence of Kosovo and then spoke about the interest of the Serbian side in establishing deep cooperation in all areas with friendly countries that have always supported the principle of non-interference in the internal affairs of independent States.

He also stressed that Yugoslavia was illegally attacked by forces of the North Atlantic Treaty Organization (NATO), under the pretext of humanitarian aid, and its citizens suffered the drastic negative effects of sanctions and economic blockade, so they know the suffering that the Venezuelan people go through by the unilateral coercive measures imposed by the United States government.

Ambassador Alvarenga thanked on behalf of the Venezuelan Government for the support Serbia provides to President Nicolás Maduro in the course of the events that occurred after the self-proclamation of Deputy Juan Guaidó. He informed about the latest events in Venezuela and the actions taken to stop the escalation of the confrontation, while reiterating the Bolivarian Government’s position for dialogue and the Diplomacy of Peace as a strategy for a lasting arrangement.

Minister Stefanovic addressed the issue of the application of the self-proclaimed Kosovo to be a member of Interpol. He clarified that the eventual admission of Kosovo to Interpol membership would have far-reaching consequences and, among other things, would undoubtedly lead to the abuse of the foundations of this international police organization, creating opportunities for confidential information to fall into the hands of criminals and terrorists.

This institutional visit paves the way for further progress in bilateral relations between Serbia and Venezuela, especially in cooperation between its police bodies and in the fight against all forms of crime.

Ambassador Alvarenga Guerra thanked Serbia for its long friendship and reiterated that Venezuela respects the territorial integrity and sovereignty of the Republic of Serbia.