As part of the celebration of the 20th anniversary of the Popular Referendum of the Democratic Republic of Timor-Leste, this Thursday, the Vice-minister for Asia, the Middle East and Oceania, Rubén Darío Molina, held a friendly meeting with the Minister of Foreign Affairs of the South Asian nation, Dionisio Babo Soares.

Both authorities discussed the progress of bilateral relations between their countries and the possibility of taking joint actions in the multilateral sphere.

The visit of the Venezuelan diplomat, contemplated a tour of the Government Palace in the company of the president of the Democratic Republic of Timor-Leste, Francisco Guterres Lú Olo, where he signed the official visitor’s book.

The invitation of the Timorese government was conducive for the Vice-minister for Asia, the Middle East and Oceania of the Venezuelan Foreign Ministry to also meet with the Cuban ambassador, Oscar Genaro Coet Blackstock. 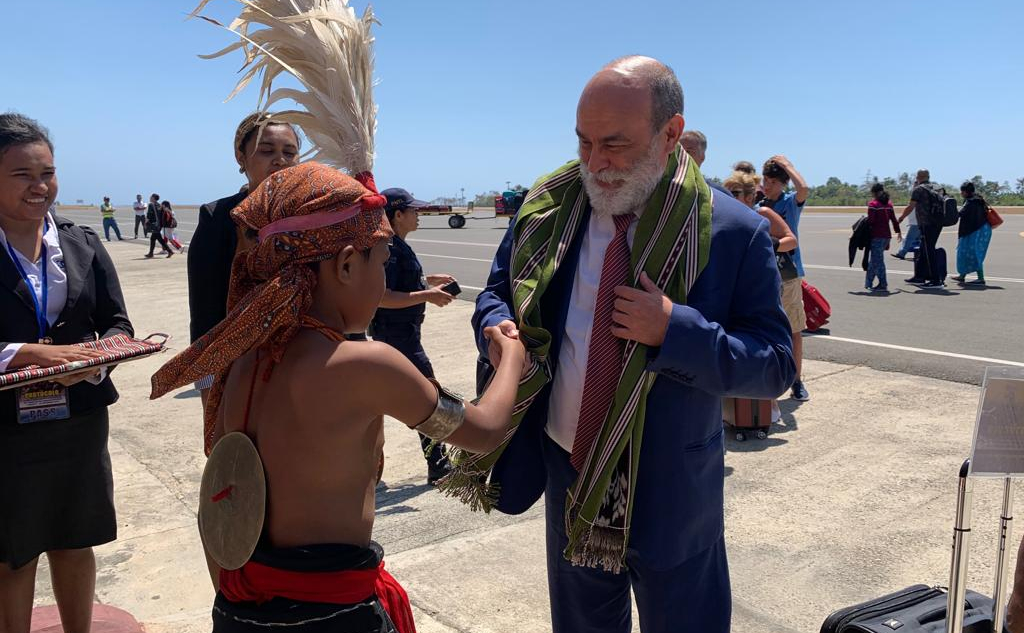