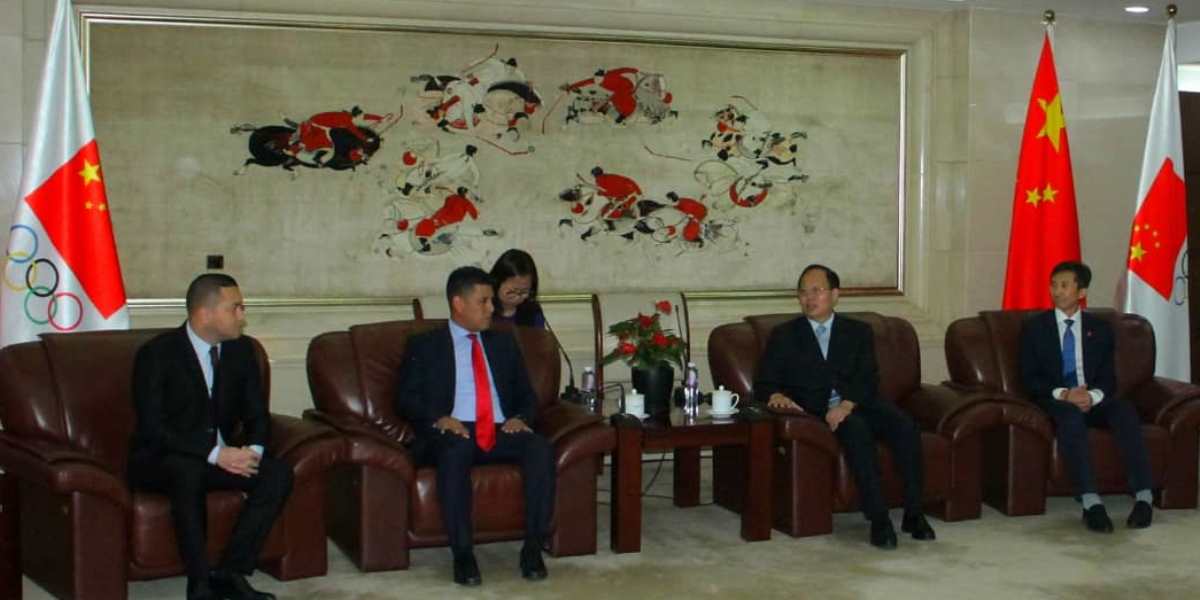 The People’s Power Minister for Youth and Sport, Pedro Infante, and the director of the General Administration of Sports of China, Gou Zhongwen, discussed on Thursday, in Beijing, a proposed calendar of cooperation and exchange in sports, following instructions of the President of the Bolivarian Republic of Venezuela, Nicolás Maduro, to raise the level and preparation of Venezuelan athletes.

During the meeting, Zhongwen expressed his support for the Bolivarian Government to strengthen bilateral cooperation in sports, which has been affected by the unilateral coercive measures imposed by the United States government against the nation and which have intensified with the recent economic, financial and commercial blockade.

Minister Infante proposed updating the bilateral sports agreement that dates back to 2008. In that regard, he said that Venezuela wants to work with the People’s Republic of China, which is a sports power, to promote the training of Venezuelan athletes.

For his part, Gou Zhongwen said that “we will always be willing to strengthen the bonds of friendship between the two nations and we have the best disposition for Venezuelan athletes to come to prepare in our land.”

Both authorities pledged to deepen the work together, following the instructions of leaders Nicolás Maduro and Xi Jinping, to raise the Integral Strategic Association to a new level.

The head of state appointed a presidential commission to fully attend Venezuelan athletes who have the opportunity to participate in the Tokyo 2020 Olympic Games. The commission is made up of ministers Infante, Jorge Márquez (Office of the President) and Simón Zerpa (Economy and Finance ).

The work teams of both institutions will be working in coordination with the plans and projects outlined by Minister Infante and director Gou Zhongwen.