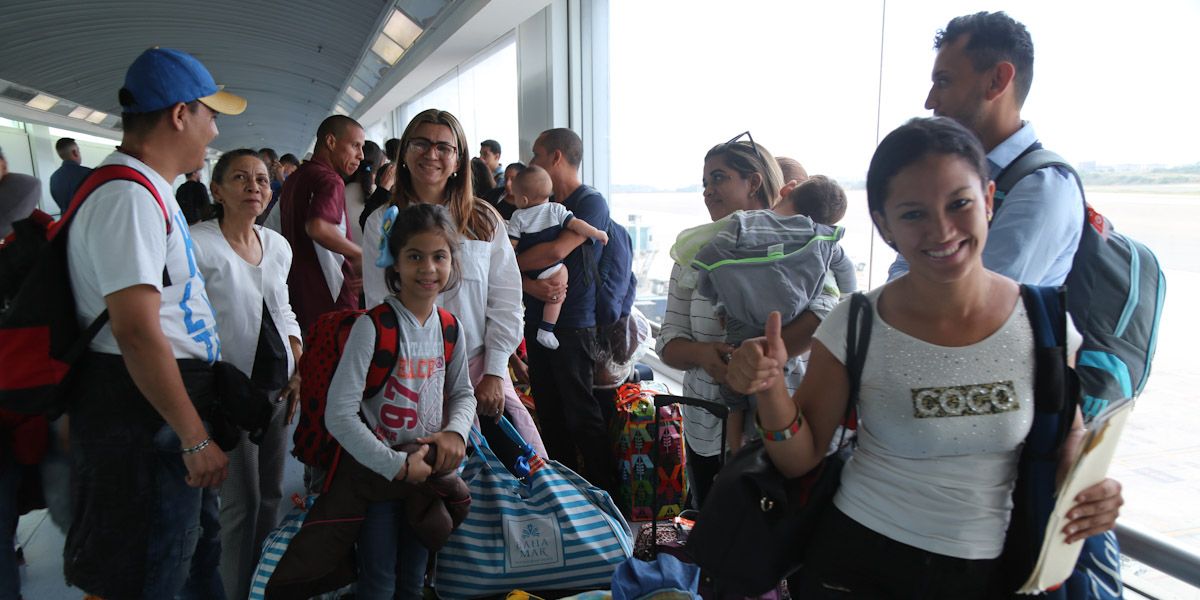 Economic crisis: The Venezuelans main cause to return from the Dominican Republic

Undertaking “a viable and profitable business” for the family was the intention of Neilander Rodríguez when he traveled to the Dominican Republic at the end of 2017. This Wednesday he is one of the 90 Venezuelans who return to the Bolivarian Republic of Venezuela through the Plan Vuelta a la Patria on its fourth day from the Caribbean nation.

Unlike other nations in the region, xenophobia is not a characteristic feeling in the Dominican Republic; the economic condition, according to their testimonies, is the main reason for the return of Venezuelans from the island.

Neilander Rodríguez invested his capital in an uncertain future, his expectations faded shortly after his arrival in the Dominican capital.

“I worked at a multinational company in Venezuela, a friend offered to start a business in the Dominican Republic and we decided to take a risk on that, being here, money was invested and it was lost, supposedly the lawyer cheated on her and we were left without that capital”, he said.

From that moment, a complex economic situation began for the whole family that worsened this 2019.

His wife Dayana Simon, with studies in industrial administration, accompanied him in the decision aspiring a better future for the family.

“We sold everything to come, first for the tickets and then to collect the money we needed to invest. We lost all the money we brought. It was a trauma because I was pregnant and I fell into depression by not getting what I expected. I couldn’t get things for my little girl”, recalls Simon.

Given this situation, both decided to voluntarily benefit from the Plan Vuelta a la Patria which, from September 2018 until Wednesday, has facilitated the return to Venezuela to 366 nationals from the Dominican Republic.

Elsewhere in Santo Domingo was Jean Carlos Paredes, another Venezuelan who, along his wife and son – with a special condition – returns to Venezuela.

They arrived in the Dominican Republic in 2016 with scarce resources under a job offer that never materialized.

“Since that time I had to work hard, I have done inexplicable things here, in Venezuela I did not need anything, I ventured here only for an offer and I decided to come for a supposedly economic well-being but I was wrong, I have been surviving in this country for almost three years”, he added from the taxi he drives every day to partially cover his basic needs.

His wife Carolina Ramírez emphasizes the difficulties for regularly comply with the treatment required by his son, as he was previously able to do in Venezuela.

These and other nationals agree that they do not have the necessary resources to return to Venezuela by their own means.

The Venezuelan ambassador on the island, Alí ​​Uzcátegui, highlighted the national government’s effort to keep the unprecedented repatriation process underway.