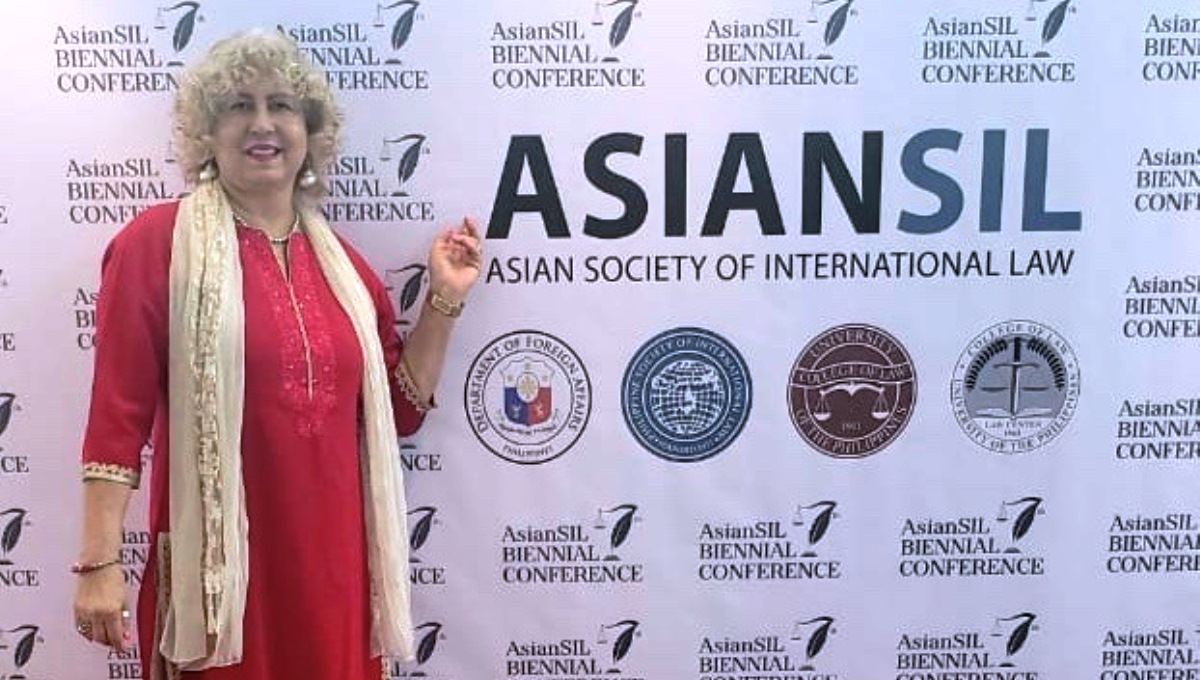 The Ambassador of the Bolivarian Republic of Venezuela in the Philippines, Capaya Rodríguez González, participated, along with the other members of the diplomatic corps, in the opening ceremony of the seventh Biennial Conference of the Asian Society of International Law (AsianSIL).

Being the first time this event is held in the Philippines, on August 22 and 23, the Conference is organized by AsianSIL and co-presented by the Department of Foreign Affairs (DFA), the Philippine Society of International Law (PSIL) and the Faculty and the Law Center of the University of the Philippines (UP), under the theme: “Rethinking international law: finding common solutions to contemporary civilization problems from an Asian perspective”.

The opening of the event was chaired by the Secretary of Foreign Affairs, Teodoro Locsin Jr., and the Judge of the International Court of Justice (ICJ), Yuji Iwasawa. It is the first time that an ICJ acting judge visits this Southeast Asian nation.

More than 30 plenary and parallel sessions occupy experts in law in various subjects, including the Secretary General of the Hague Conference on Private International Law (HCCH), Dr. Christopher Bernasconi. The DFA and the Institute of Maritime Affairs and Law of the Sea (IMLOS) are also expected to organize a forum entitled: “The role of the International Tribunal for the Law of the Sea in solving disputes related to the law of the sea: current trends and other developments”.

In the Philippines there has been a resurgence of interest in international law, after demonstrating thought leadership in several courts and the launching of important academic publications. At the same time, its students have surpassed other countries in several competitions of international law courts simulations.

In light of the participation in this event, Ambassador Capaya Rodríguez congratulated her organizers and expressed the importance of understanding and respect for international law.