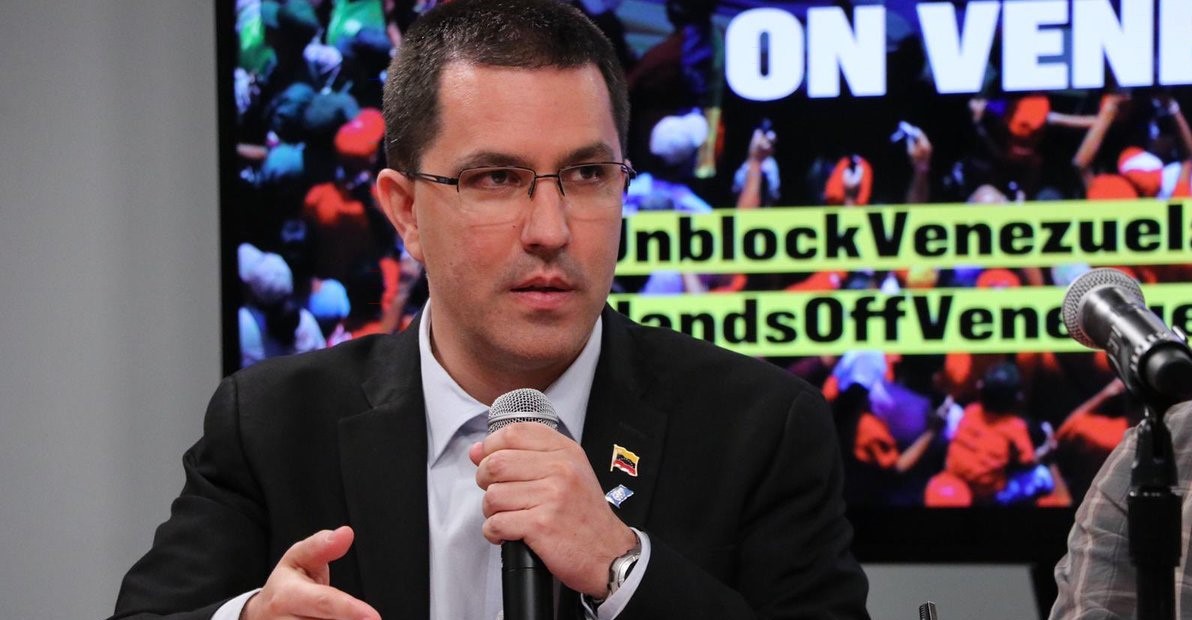 Foreign Minister Arreaza: We will defend ourselves by all means

In an interview with the newspaper Caracas, the Foreign Minister of the Bolivarian Republic of Venezuela, Jorge Arreaza, explained what are the channels and methods used by the Bolivarian Government to defend and combat the effects of the financial and commercial blockade imposed by Donald’s administration which has become official in recent days.

Given Trump’s total blockade of Venezuela, how do you plan to defend the country?

By all means. Through the path of international legality, denouncing before the multilateral, political, economic, commercial, legal organizations, from the point of view of international law, and of course, with our alliances with the emerging powers that generate a market and capabilities of exchange that are not under the control of the United States.

The obsession of the dominant US elite with Venezuela is such that in many ways they tried to prevent delegations from coming to the ministerial meeting of the Non-Aligned Movement. However, 120 delegations came, observers, special guests, special organizations were also invited, and the US could not sabotage it. The Non-Aligned Movement has a decision-making mechanism that is very complex, but the countries have reacted against the blockade against Venezuela.

Given Trump’s obvious violation of international law, do we resort to the law of force?

Never. Venezuela is a country of peace. Our diplomacy is the Bolivarian diplomacy of peace, and we will always act within the framework of international law, using all the tools, and with our alliances with other countries. The force would only be used if we were attacked by armed means.

Before, the country’s foreign policy was done from outside to inside, that is, the United States told us what to do, as it does with its self-proclaimed. Now that it’s done inside out for the first time, why is it so difficult to be independent?

Before, not only foreign policy, politics in Venezuela was all done from Washington. With the Bolivarian Revolution, with Commander Hugo Chávez, through the sovereign control of our institutions, through the deepening of our democracy, through the control of our wealth and our natural resources, we have managed to do politics, making decisions well either in Miraflores, or in an assembly with the people, or anywhere, but in the territory of the Bolivarian Republic of Venezuela. Of course, it is not easy to go from being practically a monoproductive neo-colony for the benefit of capitalism and the United States, to being a republic and an independent people. Commander Chávez, the Bolivarian Revolution and President Maduro, have been constant and persevering enough to ensure that we continue making decisions from our country, from our country, and although it is not easy, because there will always be resistance from the empire, we will achieve this and we have demonstrated it by far this difficult but victorious year.